For diners at Flore in the Castro District of San Francisco – the ‘eggy’ mushroom spinach scramble is not what it may appear to be at first. The delicious scramble certainly tastes like a familiar favorite, but it is completely plant-based, thanks to Hampton Creek’s vegan Just Scramble — an “egg” which closely rivals the taste and texture of chicken eggs. But it’s made entirely out of plants. Its secret? The apparently mighty mung bean.

“I walked down the street from my home in San Francisco to grab breakfast. On the menu? A dish that could change the multi-billion-dollar egg industry, forever,” Emily Bryd of the Good Food Institute wrote on the group’s blog. “I can also personally attest to how insanely delicious this scramble is.”

Following five years of research, Hampton Creek believes it has nailed the formula for turning mung bean protein into a fluffy, vegan scrambled egg. Alongside replacing chicken eggs in multiple menus across America, the Just Scramble product has even made it’s Asian debut. 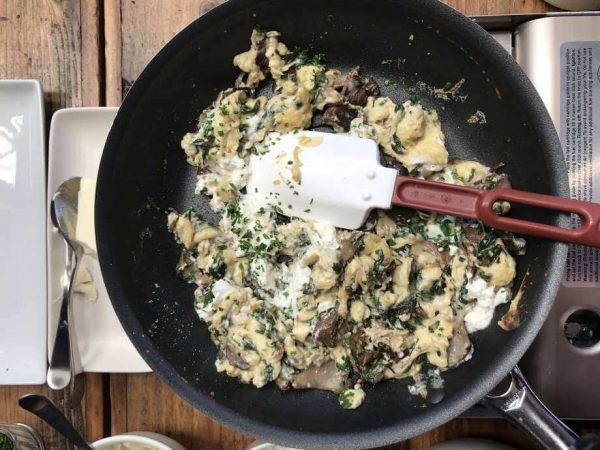 Just Scramble comes in a liquid, like a pre-scrambled egg would look before hitting the pan, and according to the San Francisco Chronicle, Flore is just the beginning; the egg “will continue to roll out in Bay Area food service outlets early next year, followed by national distribution in restaurants, and then in supermarkets.”

Since it was founded six years ago, Hampton Creek has received $220 million of investments for its pursuits in eggless mayonnaise — its launch product, as well as dressings, cookies, and now its egg. (The tech company is also promising to be the first to market with lab-grown cultured meat — a feat that many experts say will forever change how we produce and consume animal products.)

“We don’t want people to choose what we do to save the environment or animals. We would never change the system if we did that,” Tetrick said Thursday at Flore during a demo with chefs. Hampton Creek’s target market for Just Scramble is actually avid egg-lovers. Those who maybe want a healthier product, or just a simple variation from the norm. Its innovations like this that make Hampton Creek one of the leading innovators proving that those who follow a plant-based diet can still enjoy their favorite foods. 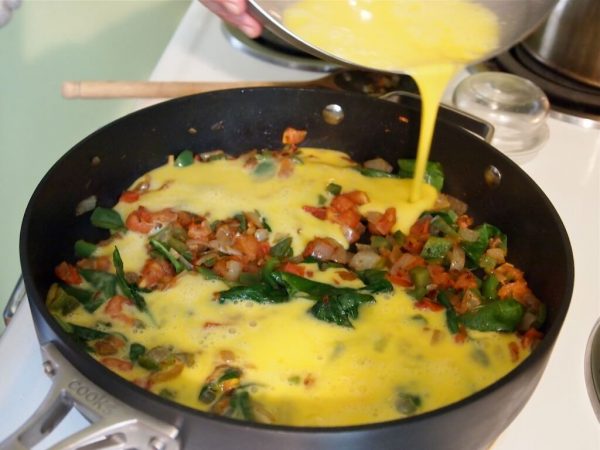 Hampton Creek’s Just Scramble has an edge over other vegan egg alternatives, says the Good Food Institute’s executive director Bruce Friedrich. “It’s watershed for people who are concerned about the myriad harms of industrial agriculture,” he says, emphasizing that while there are other vegan egg products on the market already, this product is the closest thing yet to a real egg. No yolking.