According to DMagazine, a Dallas-based news and culture publication, vegan cheese is having a “renaissance” in the city of beefy burgers and Tex-Mex. One restaurant in particular, V-Eats, is fueling the plant-based cheese craze with its house-made gourmet vegan cheeses and diverse charcuterie boards.

V-Eats executive chef Troy Gardner is not vegan, but he has developed exceptional vegan cheeses, according to the news source. Gardner presented his new cheeses on a charcuterie board back in October 2016 as a seasonal item, but its popularity among customers earned it a permanent spot on the menu. The shared appetizer plate features an assortment of Gardner’s artisan cheeses, including mozzarella, goat, gouda, blue, and both creamy and hard cheddar varieties.

Gardner made his first vegan cheese during his study at the Sabor Vegan Gastronomy Academy in Spain. He learned to make refined plant-based cheeses by employing soaked cashews to create the base, then adding various flavors and preparation methods depending on the intended final product (hard or soft, sharp or mild, etc). He couldn’t take all the credit, though. Gardner affirmed that his sous chef, Evita Tezeno, “…helps [him] bring [his] cheesemaking to a different level.” The team uses rejuvelac, a fermented plant-based agent that helps to mature the cheese and procure that iconic “stink.” 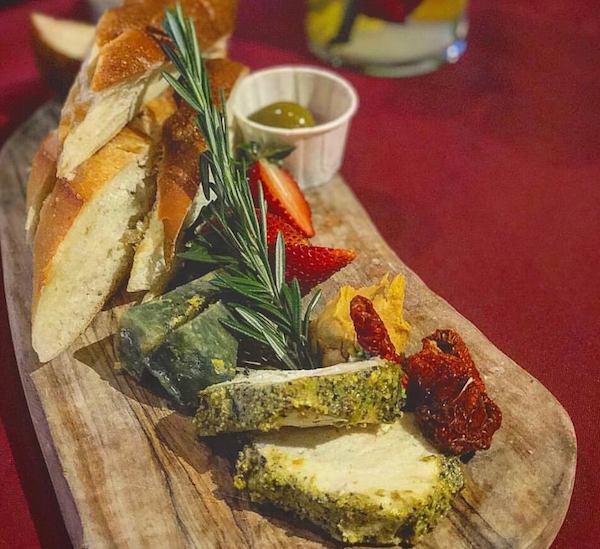 DMagazine claimed that V-Eats is one of the first restaurants in Dallas to make and offer its own vegan cheese. The products have not yet made it into gourmet cheese shops, but this inclusion could not be far off. Lance Lynn, a local cheesemonger, told the publication, “Yeah, nut-based cheeses are coming along. They’re way better than they used to be, particularly some of the cheddar substitutes.”

Gardner believes plant-based cheese is here to stay. “It’s not so much a food trend,” he observed. “It’s a food expansion.”

It may not be fair to claim that vegan cheese is having a renaissance in Dallas, as the concept is fairly new and has not been seen before. However, it could be said that Dallas restauranteurs and diners are experiencing a plant-based awakening. Quality cheese does not have to come from an animal. In the capable hands of Gardner and others, cashews are all one needs to create rich and decadent cheese.