Tofurky, one of the original commercial vegan meat companies, is about to reach a major milestone in its decades-long history. The “hippie” driven company proudly announced that it is on track to sell 5 million Tofurky Vegan Holiday Roasts by Thanksgiving of this year since the product’s debut in 1995.

Seth Tibbet, self-proclaimed “naturalist/hippie” launched Tofurky in 1980 to build a business out of his homemade tempeh. He eventually expanded his kitchen arsenal into tofu and vital wheat gluten (used to make seitan) and launched the first Tofurky Holiday Roast in 1995. During its inaugural year, the company sold 500 roasts. Today, the wild rice and breadcrumb-stuffed savory centerpieces have become a mainstay at holiday tables throughout North America, the UK, and Australia.

Unlike some of the vegan meat alternatives today, the Tofurky roast does not “bleed” or necessarily look and smell exactly like animal-based meat. Due to its hippie roots, the company focuses on using natural ingredients and tests its products in kitchens, not labs. Of course, this isn’t to say that other companies are using unnatural ingredients. Technology has advanced to allow innovators to create products using natural ingredients without harmful chemicals; however, this family-run business sets itself apart by doing it the old-fashioned way. Judging by the company’s success, it’s clear that many consumers are happy with that concept. 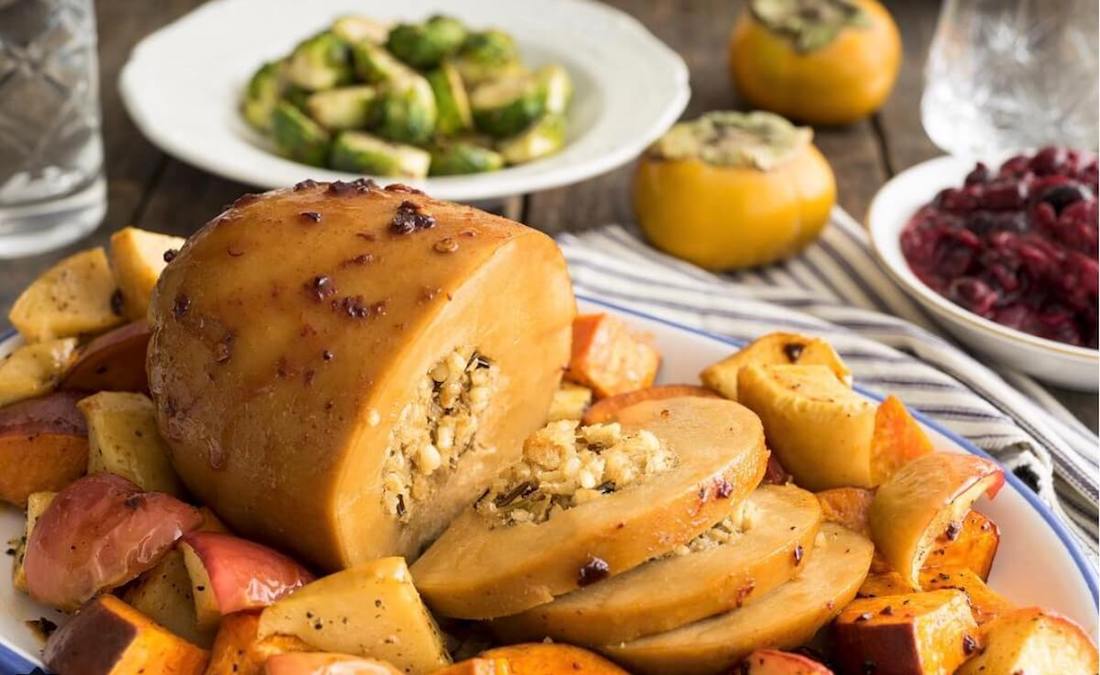 This isn’t to say that Tofurky isn’t open to a bit of innovation. Fueled by increased consumer demand, a bit of competition, and the growing number of vegans and flexitarians, Tofurky has developed a wide range of vegan products for everyday eating – not just holidays. The current line includes Slow Roasted Chick’N Strips, Deli Slices, Artisan Sausages, Hot Dogs, and a specific “DIY” collection which encompasses various flavors of grounds such as Chorizo, Burger, Breakfast and Italian Sausage, and Ground Beef.

Beyond making quality plant-based meats, the family-run company has connected with its community, sponsoring the annual Thanksgiving Tofurky Trot which takes place in both Los Angeles and Portland, Oregon. The race offers conscious consumers an opportunity to run in a traditional 5K “Turkey Trot” and support vegan organizations, opposed to supporting a food bank which may purchase animal products with the race proceeds.

Tofurky products can be found at most major supermarkets in North America, the UK, Australia, and on Amazon.