Trent Williams is at the top of his game, earning five consecutive Pro Bowl appearances, listed in the NFL’s Top 100 Player’s List for the fifth year and now a vegan. After watching ‘What the Health’ Williams decided to adopt a plant based diet, telling The Washington Post,

“I’m bettering my life,” Williams said. “I ain’t [beeping] with that animal product no more.”

The documentary gave him a clearer understanding of the link between diet and disease making his choice to switch easier. 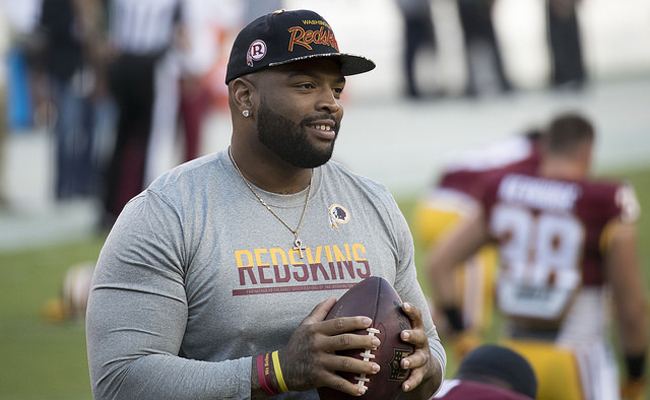 Williams inspired more team mates to try a plant based diet at a personalised training event held at his home in Texas, where he also showed them the benefits of yoga. Nine of the team turned up, with Williams paying for airfare and hotels, and the event must have been a success as fellow team mates Arie Kouandjio have since gone vegan and Isaiah Williams has become pescatarian.

They are not the only vegan athletes, and certainly not the first. Some have not adopted a 100% plant based diet only, many have, yet all these top performing male athletes herald the benefits of changing:

The interest in veganism as a healthy, ethical, environmental solution continues to grow and if top athletes can make it work so can you!