The new Rainbow Wrap consists of roasted sweet potato, carrot hummus, beet, and spinach and it is 600 calories. The price of the new wrap is $4.49. One commenter on Instagram stated, “I had [the Rainbow Wrap] last night for dinner and it is fantastic. This wrap is a great addition to the prepared foods.” Another added, “It’s really really good even though I’m not a huge beet fan!”

New vegan grab and go wrap! Although, I’m not down with them beets so if you are and have tried it, let us know what you think! I’m not sure if this one will be nationwide and it is not gluten free. Per serving (half wrap): 300 calories, 10g fat, 470mg sodium, 45g carbs, 6g fiber, 5g sugar, 0 added sugar, 10g protein. #vegan #traderjoes #traderjoesvegan #vegancommunity #govegan

Over recent months, Trader Joe’s has added many new vegan products to its shelves, including Miyoko’s Kitchen vegan soft cream cheese spread, and its own Matcha almond-based drinks, Matcha Almond Beverage and Blueberry Lavender Flavoured Almond Beverage. “Our Almond Beverages make for the perfect morning pick-me-up,” the company noted on its website. “Serve chilled alongside your toast, fruit, yogurt, or granola – maybe even pour it over your granola. Pour it into a mug & after a quick stint in the microwave, you’ve got a delicious before-bed beverage. Or use it to make the ultimate smoothie bowl.”

From frozen foods to snacks, cereals, and candy, Trader Joe’s, which was founded in the 1950’s, has many vegan options for its customers. And it’s not alone, many US stores and restaurants have been catching on to the vegan food trend, offering more choices for their plant-based customers. In fact, Vons, a west-coast supermarket chain has been named as the most veggie and vegan-friendly store in the US (Trader Joe’s came in at sixth, and Whole Foods placed fifth). 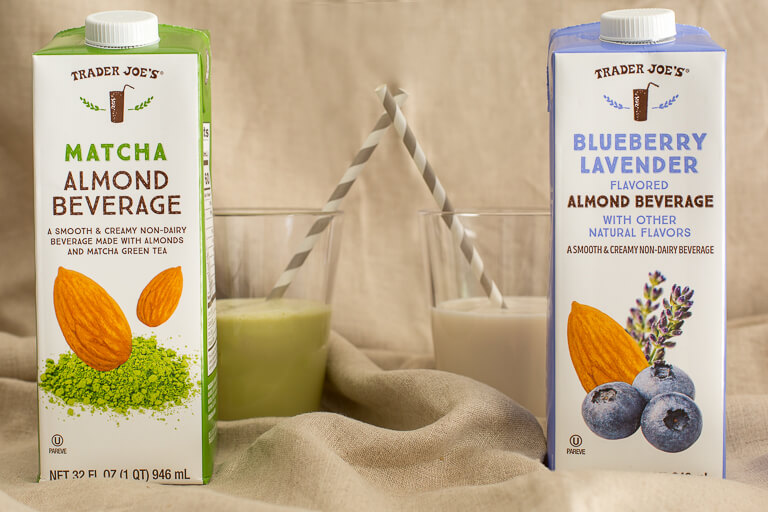 The number of vegans in the United States has increased by six hundred percent in the last two years, and fifty-two percent of people living in the country now choose vegan protein over animal protein, not just for health reasons, but also because they prefer the taste.

“Despite the fact that health attributes, particularly free-from, factor strongly in consumer decisions when purchasing plant-based proteins, at the end of the day, taste is the driving force behind purchase and eating decisions,” said the senior food and drink analyst, Billy Roberts, at Mintel who carried out the research.