A convenient and vegan-friendly curry has been added to the line of Trader Joe’s frozen entrees – Yellow Jackfruit Curry, complete with jasmine rice.

This frozen dish is perfect for those who are pressed for time to cook, not keen on making meals from scratch or are transitioning to a plant based diet and in need of a little inspiration. 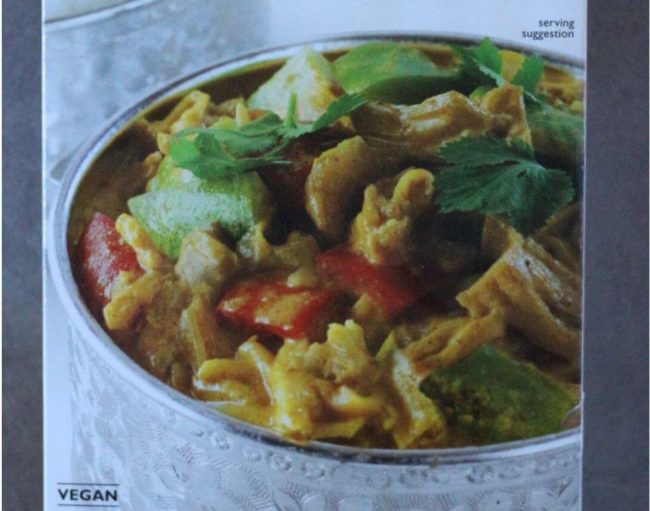 This new Yellow Jackfruit Curry by Trader Joe’s can be found in the frozen food aisle nearby other vegan entrées such as Trader Joe’s Vegan Tikka Masala and Vegan Vegetable Pad Thai.

Alongside jackfruit, this curry is complete with spices and vegetables such as capsicum and eggplant. Unlike some frozen meals which have been heavily processed, Trader Joe’s jackfruit curry in a packet keeps the ingredients simple with zero artificial ingredients, preservatives or carrageenan.

A single jackfruit can reach a weight of 100 pounds, as they are they are biggest known fruit to grow on trees in the world – with a flavor comparable to an artichoke. 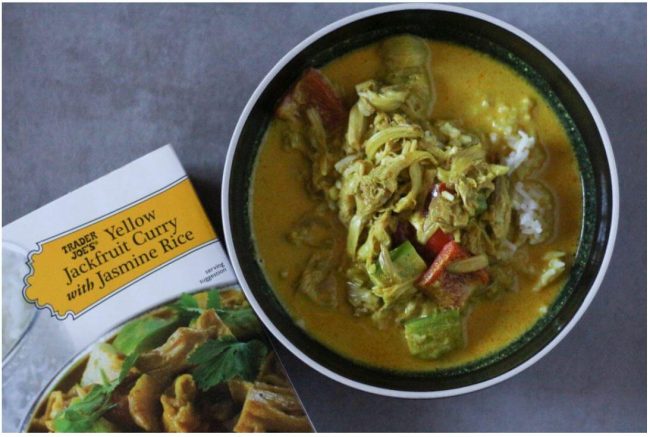 Trader Joe’s has been making quite a name for itself in the vegan and veg-curious community recently. For the Christmas and New Year period, Trader Joe’s released Almond Nog, a Turkey-Less Stuffed Roast (to rival Tofurky’s offering) and Pixie Pie Mix.

The American supermarket chain-store also recently added their clean, plant based protein burger patties, at an affordable and competitive price.

If you’re heading to Trader Joe’s and in need of a quick, easy meal – why not try this one?