Dogs may have better relationships with women than with men, according to a new study.

The research, published in the Royal Society of Open Science, evaluated 18 dogs and recorded their growls in response to a variety of different situations. While other studies have shown that humans can understand a dog’s bark, the research was the first of its kind to focus on growls.

Dogs being threatened by the approach of a stranger was one of the situations evaluated as well as dogs protecting their food from other dogs and playing tug with a human.

Forty humans were then asked to identify what each growl meant, i.e., fear, aggression, happiness, despair, or playfulness. Sixty-three percent of the time, the human participants were able to correctly identify why the dog was growling. Out of this 63 percent, women performed better than men, and as is to be expected, those with pets performed better than those without. 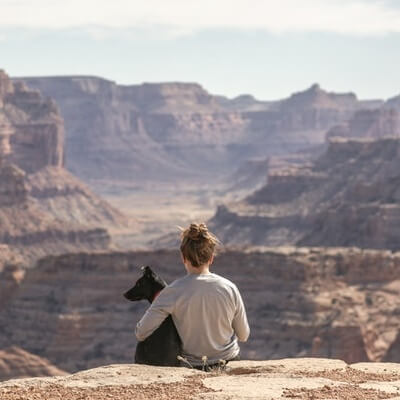 “It seems that there are biologically rooted rules to how mammalian vocalisations encode emotions and these shared processes help humans to assess the emotional load of not just dogs but other mammal species’ vocal emotion expressions,” added Faragó.

As for why women performed better, the lead author claimed this is down to women being more empathetic and sensitive than men. He explained, “This is a common patter in emotion recognition studies. Women are likely more empathic and sensitive to others’ emotions and this helps them to better associate the contexts with the emotional content of the growls.”

The study is not the first to imply that dogs may, in fact, be women’s best friend. In December, one study involving 1,000 participants from across the U.S. revealed that women sleep better next to dogs than they do other people. According to the research, dogs do not interrupt sleep as often as humans do, and they also provide women with more feelings of comfort and security than human sleeping partners.