The new summer specials menu, according to the chain’s website, is “a selection of colourful dishes, bursting with flavour that will make you feel like you’re under the Mexican sun.” The new vegan options are both tofu based: the Smoky Habenero Tofu Tacos and the Baja Bowl & Skewers with Smoky Tofu.

The restaurant also provides a number of veggie dishes such as the Seasoned Roasted Veg Fajita, Mango & Avocado Salad, and Five Bean & Roasted Veg Chilli on its daily menu.

Across the UK, more and more established restaurant chains, like Chiquito, are adding vegan options in response to demand. One example is the cocktail bar chain, All Bar One. The company decided to add four new permanent vegan options to its menu after witnessing the popularity of the dishes it launched especially for Veganuary. Further, another Mexican restaurant chain, Chilango, also recently debuted a new plant-based menu. 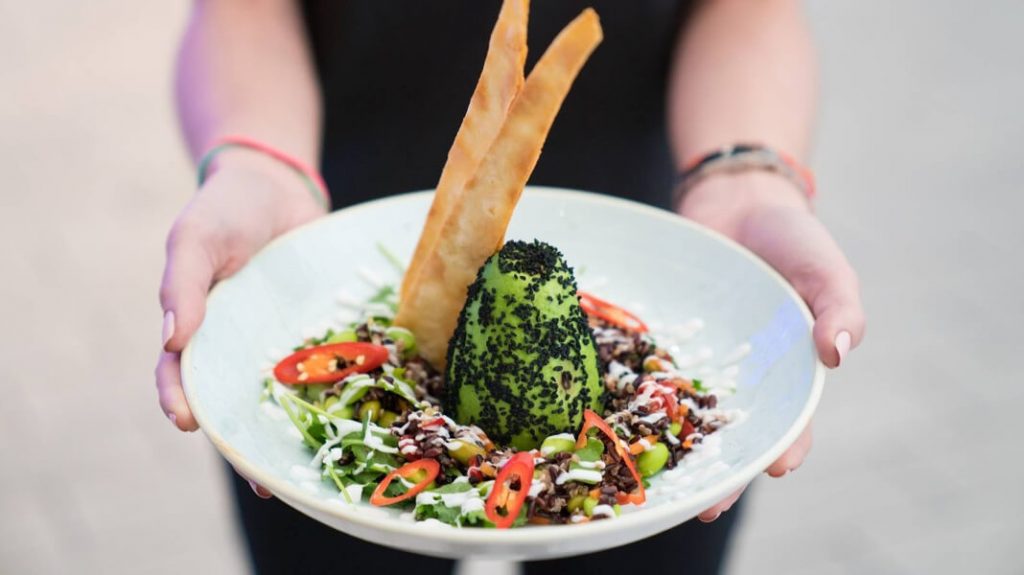 “Our guests have been instrumental in helping us develop these new menu additions,” said Chilango’s co-founder & CEO Eric Partaker. “We’ve noticed there is a huge focus on eating healthier, more plant-based diets and we wanted to create something packed with flavour to boot. Not only are the new dishes delicious, they are all under 500 calories and totally vegan-friendly, too.”

In the last two years, the amount of people following a vegan diet has increased by seven hundred percent in the UK, and the amount of conscious consumers has risen even more. A recent study by the Food Ethics Council even revealed that fifty-four percent of young people believe that the current food system is unfair to animals, and forty-six percent believe it is unfair to the environment.

“What we are seeing though is younger generations increasingly demanding food systems based on different values and participating in the food system in new ways,” said Dan Crossley, the executive director of the Food Ethics Council. He added, “there are huge opportunities for businesses to tap into the growing demand – particularly amongst millennials – for fairness to be embedded in the DNA of food and drink brands.”

Image Credit: All Bar One