The UK-based catering company Anglia Crown will be the first to offer a range of plant-based dishes in hospitals that bear the official trademark of The Vegan Society.

The steps Anglia Crown has taken to have meals registered is part of The Vegan Society’s new Catering For Everyone campaign, which launched last week. The campaign aims to ensure that institutions where many do not have the option to make their own meals, such as hospitals, schools, and prisons, have access to plant-based meals. According to the website, the reason behind launching the campaign is that “veganism has been found to come within the scope of international human rights provisions and vegans in the UK are protected under human rights and equality law. Therefore vegans should already have the right to suitable, animal-free catering in public sector settings.”

According to Heather Russell, dietitian at The Vegan Society,“The Vegan Trademark is a beacon to catering services looking to enhance their vegan offerings.” She continued, “I enjoyed talking to Anglia Crown about creating nourishing vegan options, and I hope that other manufacturers will be inspired to develop their vegan ranges too.” 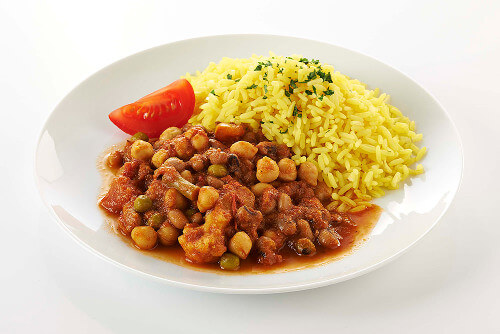 Anglia Crown is a catering company that specializes in providing readymade meals that are distributed to healthcare facilities throughout the country. According to the website, the company has been actively producing vegan-friendly meals in response to a “significant increase in demand” in recent years. Currently, it provides readymade meals to around 100 hospitals throughout the UK.

Ruth Smith, Company Dietitian at Anglia Crown, said: “Working with The Vegan Society during the enhancement of our vegan range was really insightful and helped provide practical tips on how to easily create tasty vegan dishes that are popular across the board.”

The first three dishes to be officially registered are a butternut squash curry, Moroccan vegetable tagine, and pasta peperonata.

Due to concerns such as personal health, climate change, and animal welfare, veganism has seen tremendous growth in the UK in recent years. A recent statistic from The Vegan Society shows that 56 percent of the British public has adopted “vegan buying behaviors,” which means more consumers are choosing vegan options in restaurants and stores, regardless of dietary preferences. A survey in 2017 revealed that two-thirds of Brits had considered switching to a vegan or vegetarian diet. The Vegan Society’s Catering For Everyone campaign is a step toward ensuring that even more people have access to vegan food.