In an effort to reduce food waste and promote vegan food, one club at the University of Ottawa regularly prepares plant-based meals for students made with food that would have otherwise been thrown away.

According to the website, The People’s Republic of Delicious (PRD) is a collective run by student volunteers that aims to “offer a healthy, environmentally responsible, and affordable food alternative on campus and at like-minded events around the city.”

The group meets weekly on Wednesdays in the Déjà Vu study room, where they serve plant-based meals in reusable containers for free. According to The Fulcrum, the official school newspaper at the University of Ottawa, the club obtains most of the groceries from local grocery store Herb and Spice. The organization strives to include zero animal products in its meals, but because it runs on rescued food, some meals aren’t vegan.

“People from all over can come and join. It’s an all-inclusive space. Community members, faculty members, students can all just come, they learn different skills about how to cook different vegetable meals,” said Kori Liversage, a fourth-year student at the university and co-coordinator for the club. According to Liversage, the club rescues “anywhere from 30–70 pounds of food a week.” 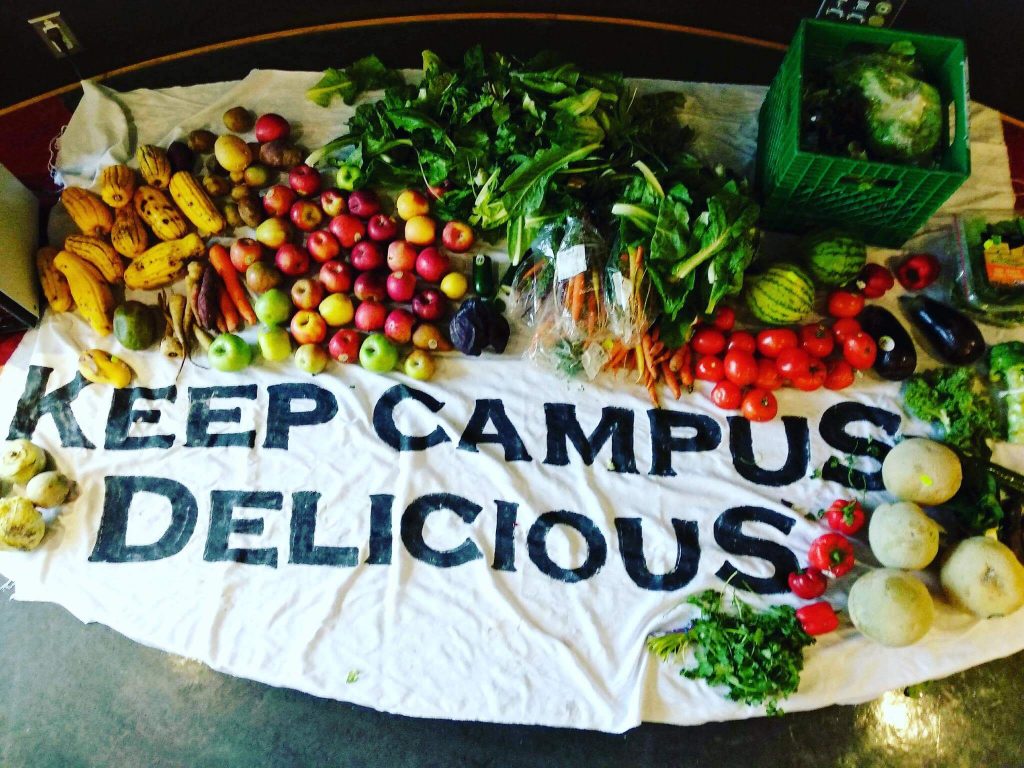 In addition to serving free meals weekly, PRD also regularly provides on-demand meals for students and community activities throughout the academic year. “Food is a basic human right, and it shouldn’t be just, okay it’s either in the grocery store or nobody gets it,” Liversage said.

According to a 2014 report from Value Chain Management International (VCMI), an average of $31 billion worth of food is thrown away in Canada each year. This number accounts for 40 percent of food produced annually. According to that same report, 43  percent of food waste occurs within the home while the other 53 percent is generated along the value chain when “food produced, processed, transported, sold, and prepared and served in commercial and institutional settings.” 80 percent of the food that ends up in Canadian landfills is edible.

By “rescuing” food and preparing meals, not only is PRD promoting veganism, they are also combating climate change by keeping said food out of landfills. Organic matter sent to landfills,  such as produce, generates methane, which is 25 times more damaging to the atmosphere than carbon dioxide.