The University of Windsor (UWindsor) has received a $1 million CAD donation to explore cruelty-free animal testing alternatives. According to the institution, this is the largest research donation made in its history.

The funds, donated by the Eric. S. Margolis Family Foundation, will be used to establish the Canadian Centre for Alternatives to Animal Methods (CCAAM), a new facility that aims to develop, normalize, and promote animal-free testing methods in biomedical research, education, and chemical safety testing. In recognition of the philanthropic gesture, the main research and training labs will be called the Eric S. Margolis Research and Training Laboratory for Alternatives to Animal Methods.

According to CCAM founding executive director Charu Chandrasekera, millions of animals are used for Canadian medical research every year, despite the fact that evidence shows animals are not an accurate method of testing whether or not an ingredient is safe for humans.

“There is a tremendous need to focus on human biology-based approaches to study human disease and health impacts,” she said in a statement. “Many countries — including the United States — have already established national centres to advance non-animal methodologies, but CCAAM is the first and only centre of its kind in Canada.” 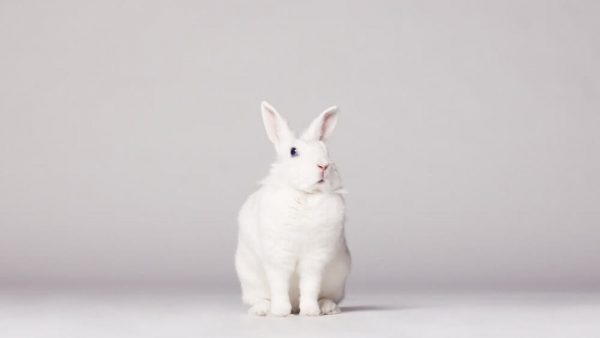 According to Faculty of Science dean Chris Houser, the CCAM will make UWindsor a leader in animal-free, human-centered research methods.

“When 21st century technology is used to further medical research and chemical safety testing, the result is the Canadian Centre for Alternatives to Animal Methods,” said Eric Margolis of the Eric. S. Margolis Family Foundation, that made the hefty donation. Margolis, a former journalist and former chairman of natural vitamin brand, Jamieson Laboratories, now dedicates his time to supporting animal welfare causes, including the Humane Society International’s work to end the South Korean dog meat trade.

“This next chapter will place our country on the forefront of future medical discoveries and safety testing and I am honoured to play an integral part in its inception,” Margolis continued.

Across the globe, researchers, companies, and organizations are working to develop cruelty-free alternatives to animal testing. Last September, Ipsen, the manufacturer of Botox, announced that it is working on animal-free testing methods, sparing the lives of hundreds of thousands of rats each year.

One alternative is an artificial intelligence system designed to analyze the toxicity test results of more than 10,000 chemical ingredients. Cruelty Free International, which campaigns for an end to animal testing, supports the “human-on-a-chip,” a cellphone-sized piece of technology that mimics the human body. Other methods include donated human tissues, volunteer studies, cell cultures, and other computer models.

“And with alternative methods come not just new ways of thinking but new ways of doing. This transformative gift by the Eric S. Margolis Family Foundation will give life to these new ways for both our students and our researchers,” said UWindsor president Douglas Kneale.