On the streets of the Vatican City, billboards have been erected asking people to give up meat for the duration of Lent. The wording on the sign translates to mean, ‘I am someone, not something, this Lent, become Vegan.’

Signs in major cities and towns in locations with high foot traffic have become an increasingly popular method of getting the vegan message across. Their presence means that it is not so easy for a person to ignore the story behind what goes onto their plate and into their bodies when they choose to consume an animal product.

Recently, one of the biggest advertisement campaigns ever was launched in Melbourne, Australia, by the group Be Fair Be Vegan in an attempt to force people to consider the “faces and feelings of the animals we use for food, clothing, research and entertainment.” 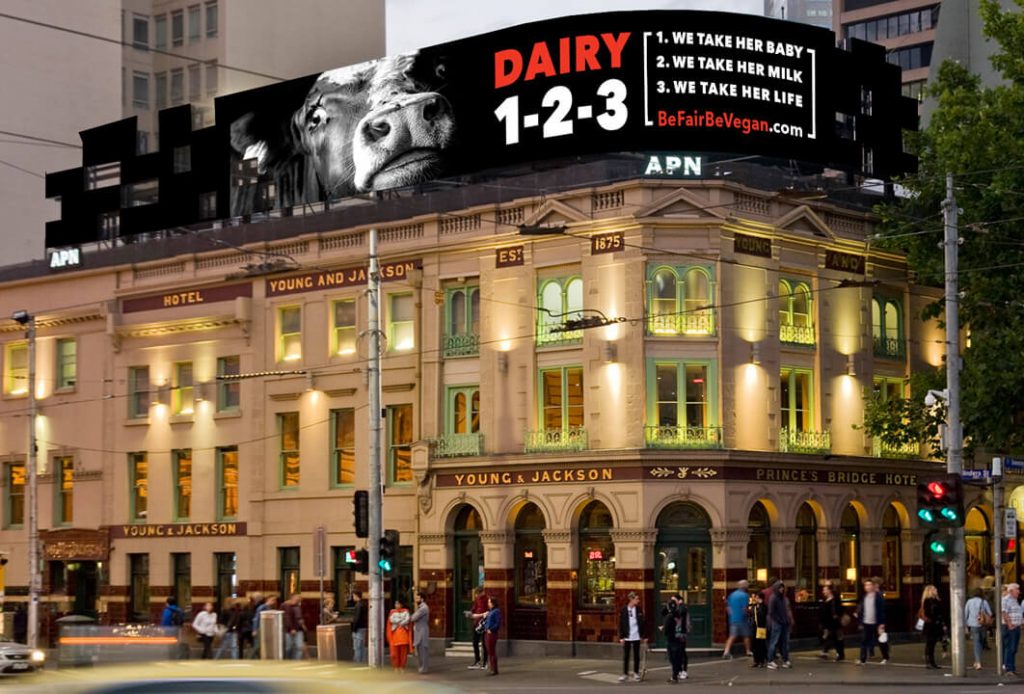 The vegan billboard campaign is an effective way to persuade people to simply give the vegan lifestyle a go. Many end up choosing it permanently, as they feel better for making the change. For example, one of the co-founders of the Veganuary initiative recently stated that 67% of the people who went vegan last January and responded to the organisation’s survey, were still vegan 6 months down the line.

This is perhaps due to the ever-growing accessibility of veganism. Plant-based foods are now more readily available than they ever have been in the past, with huge chains like Starbucks, Wagamama, Pizza Hut, Dominos and JD Wetherspoon now offering vegan options on their menus.