Yvonne Ardestani isn’t your typical baker. She does not own a storefront, and she does not use eggs or butter, refined sugars or gluten. In the world of baking, there’s not much left once you take these traditionally essential ingredients out of the equation. However, Ardestani has built a massive following for her vegan, allergen-friendly treats, selling to independent cafes, health food markets, and private clients. Just recently, Yvonne’s Vegan Kitchen graduated from niche to gourmet, debuting at the newly opened Cafe on 3, an upscale cafe in the prestigious Beverly Hills Neiman Marcus. Ardestani sat down with LIVEKINDLY to share her vegan baking story…and a few bites of her addictive chocolate peanut butter cake.

Ardestani began her baking career as so many do – as an eight-year-old making chocolate chip cookies. She recalled memories of baking with her second eldest sister, Janet, exclaiming, “My favorite part was when I used a fork to cream the butter, sugar, and vanilla together. The sound, sight, and smell of this process was absolutely mesmerizing and delicious to me.” She also remembered baking Christmas cookies with her five sisters each year to share with their friends and family. 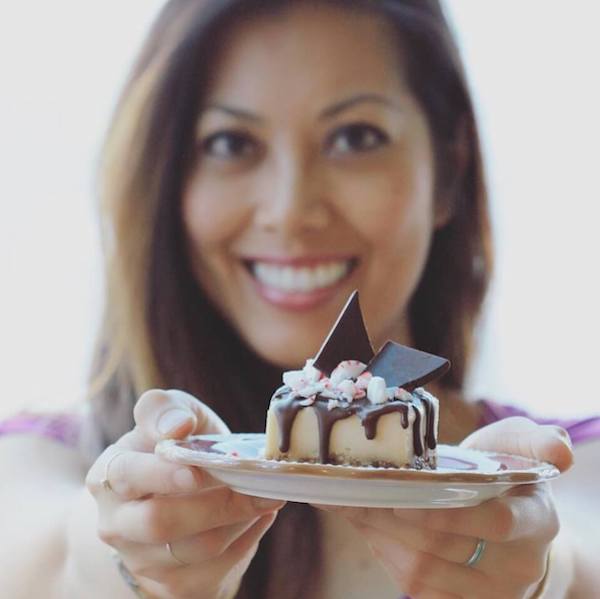 Despite this love of baking, Ardestani first followed a traditional career path, working in finance for six years. She finally took a hard pivot and enrolled in the famed culinary school, Le Cordon Bleu, eventually working for the renowned chef, Suzanne Goin, at her Lucques and Tavern restaurants. However, in 2013, Yvonne stepped away from the animal-heavy dishes of traditional French cuisine and decided to go vegan for her heath.

“I had high cholesterol, hyperthyroidism, Grave’s disease…[I] and am predisposed to disease.  My family has a long history of heart disease.  My dad passed away from a massive heart attack at the age of 61. Because of this, I was inspired by the idea of longevity and overall wellness,” she explained. Ardestani continued, “One day a friend of mine was reading ‘The Beauty Detox Solution’ by Kimberly Snyder and she motivated me to do the same. This book, along with The China Study, sparked so many “aha” moments. I followed Kimberly Snyder’s principles and felt better as I made other changes in my diet. I enjoyed how the vegan diet made me feel.” Fueled by her improved health, Ardestani continued to research and dove into plant-based and environmental documentaries, such as “Forks Over Knives,” “Food Matters,” “Vegucated,” and others. She claimed these documentaries, “led [her] to be more conscientious and strive to be more of an ethical vegan.”

Following her vegan transformation, Ardestani created a food and recipe blog. The positive reviews flew in, and many encouraged her to write a cookbook. She decided to take a more modern approach and developed a recipe app, Yvonne’s Vegan Kitchen. However, at this point, she was still not committed to launching a full-time business out of her baked goods. The realization did not hit until a local juice bar owner asked if she would sell her vegan, gluten-free treats at the shop. “I gave it a try. My products sold well. And that’s when I decided I could make this a business,” she said. 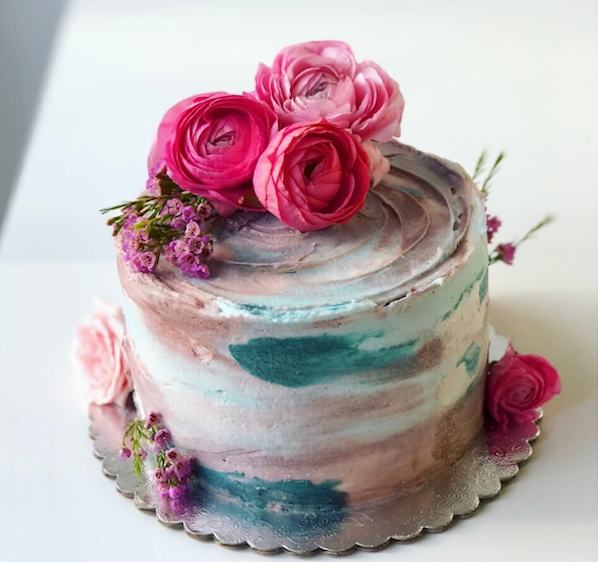 Yvonne’s Vegan Kitchen treats have come a long way from that single juice bar. Her cookies, donuts, cakes, and cheesecake bars are now sold in over 40 locations across the greater Los Angeles and Orange County areas. She also caters private events and does elaborate, stunning wedding cakes. Even celebrities can’t get enough. Jessica Alba, Demi Lavato, and Wilmer Valderrama have all raved over her good-for-you-treats.

We’ll have what she’s having. A daily selection of Yvonne’s Vegan Kitchen desserts can be found at the Beverly Hills Neiman Marcus, along with dozens of other cafes and natural foods markets in Southern California. Custom orders are also available through her website. We suggest Yvonne’s Epic Cake.