Tia Blanco, one of the stars of The Game Changers and vegan professional surfer, has been crowned the champion of major Puerto Rican surfing competition: Corona Extra Pro Circuit.

The Circuit involves multiple events held across Puerto Rico’s most infamous surf spots on the north-western coast. Surfers are awarded points for their performance in each of these events, these are then totaled and whoever has the most is “the best pro surfer of the season.” 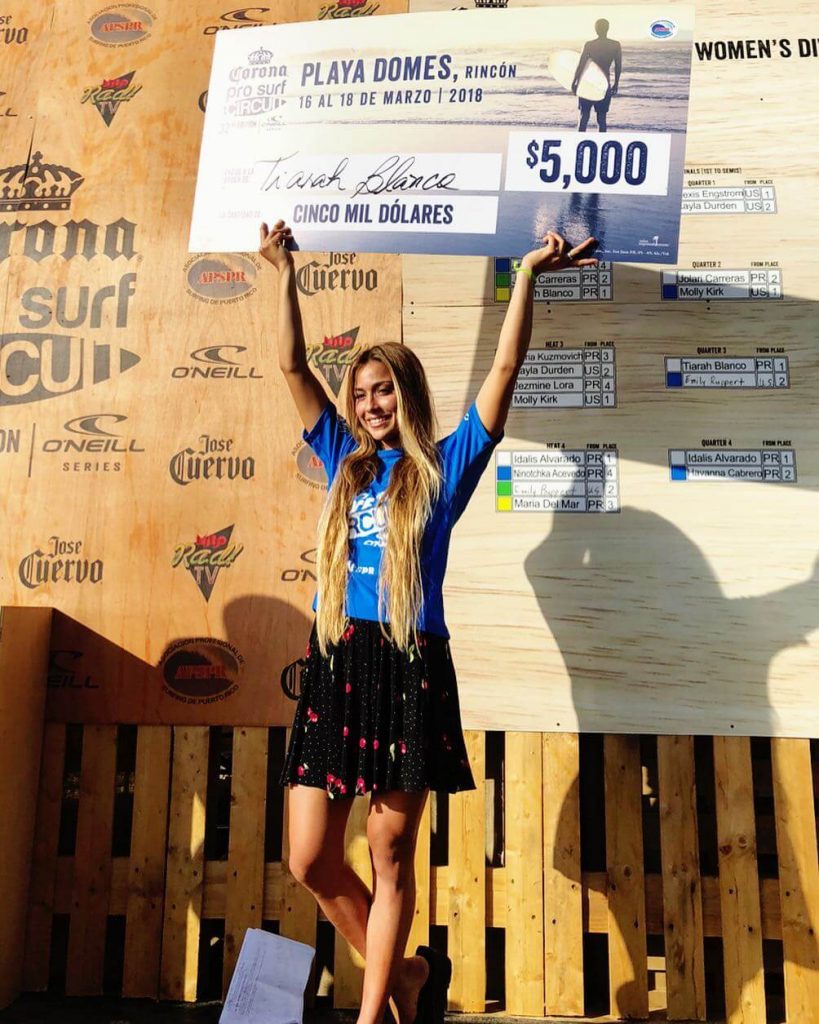 Both Blanco and The Game Changers posted about the victory on Instagram. “I am very grateful to take the win here at the Corona Pro!!” Blanco stated. “I had a blast surfing in amazing conditions all weekend!! Also, I am super excited to now be representing the Puerto Rican flag for the rest of my surfing career! This was the island I was born on and it is an honor to represent them!”

Blanco, a two-time world surfing champion, is not just a success in her sport, but she is also a big voice in the vegan movement. Her second Instagram account, “Tia’s Vegan Kitchen”, which has over 30,000 followers, aims to inspire people to cook plant-based food and live a vegan lifestyle. “My goal is to spread love & inspire others to eat in a way that benefits themselves, animals & our earth,” Blanco’s bio reads.

Produced by James Cameron, The Game Changers focuses on the lives of vegan athletes such as Blanco. The film’s goal is to demonstrate to people that animal protein is not necessary to be a success in your chosen sporting field. Two-time 400 meter champion, Morgan Mitchell, ultramarathoner Scott Jurek, and record-holding weightlifter Kendrick Farris are just some of the other athletes who are set to appear in the film.

Zdeno Chara, a National Hockey League player, is another vegan athlete who has also recently taken to Instagram to rave about his feelings on going vegan. “I’m not a man of trends or diets of such, but to me, it becomes quite clear that food is the path to health,” he stated. He added, “a bad diet can affect our world and our lives and put us in a situation we don’t need to be in.”