The eagerly anticipated arrival of Baileys Almande in the UK is now just two days away!

Whole Foods announced earlier this week that the popular dairy-free liqueur will be arriving in stores on 18th September.

Baileys is a popular drink in the UK, particularly around Christmas time, often appearing in festive coffees and hot chocolates. When the company announced last year that they were creating an almond milk, dairy-free version, there was a great deal of excitement. However, the original recipe contained beeswax and honey, making it unsuitable for vegans despite being dairy-free. 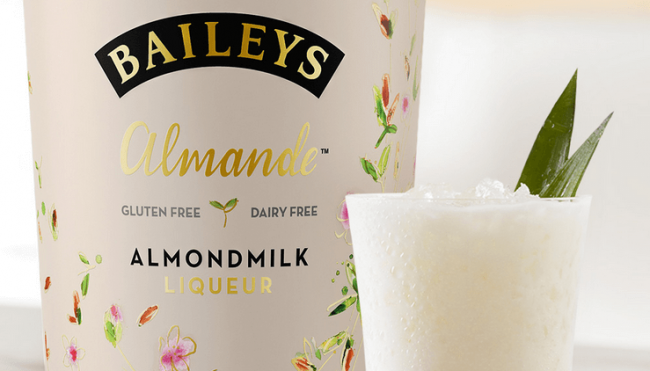 Following what is described as a ‘great interest’ from the vegan community, Diageo, the company who own the brand, decided they would attempt to create a fully vegan version.

The vegan version was released in the US in March this year. A spokesperson from Diageo commented ‘We are excited to welcome spring with Baileys Almande, which offers the same quality and delicious flavour that people love about Baileys, but now in a dairy-free, gluten-free and vegan option that we know many are thrilled to enjoy.’

Although the brand have only given an official release date for Whole Foods stores, in reply to a comment on their Facebook page, they advised fans of the drink to ‘watch this space for news of the national launch later this year.’ 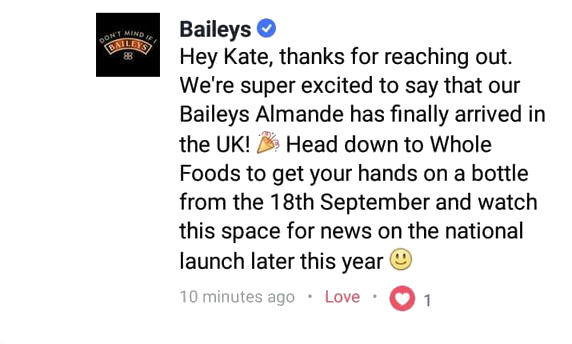 The festive tipple is made with almond milk, almond essence cane sugar, purified water, and real vanilla. The brand recommend that blending it with Vita Coco coconut water makes a delicious cocktail, however it’s often drunk served over ice.

The news will be gladly welcomed by many UK vegans who have been awaiting the announcement ever since learning that it was now suitable for vegan consumption. Bailey’s statement on Facebook seems to suggest that it will be available nationwide in time for Christmas which will please any Christmas enthusiast over the age of 18.