“This indulgent vegan-friendly Treat Stop will be gifting visitors with delicious vegan-friendly desserts and sweet treats as well as a chance to try the new delicious Baileys Almande,” the event listing said.

Baileys Almande, created by company Diageo, was first launched in America last year, and hit store shelves in the UK shortly after. Initially, Baileys Almande was only available at UK Whole Foods. However, this month two major supermarkets, ASDA and Waitrose, also took on the product. Waitrose describes the alcoholic beverage as “dairy-free and vegan-friendly, but very much not free from naughty, delicious indulgence.”

Baileys Almande is made from almond milk, almond essence cane sugar, purified water, and real vanilla. To veganise the drink, the recipe also ditched beeswax and honey from its ingredients list. Chef Gaz Oakley told The Sun: “As a vegan chef, I’m really excited about Baileys Almande as it’s not just a delicious drink but it’s also great to cook with when making indulgent sweet treats – it’s so creamy you’d never imagine that it was free from dairy.” 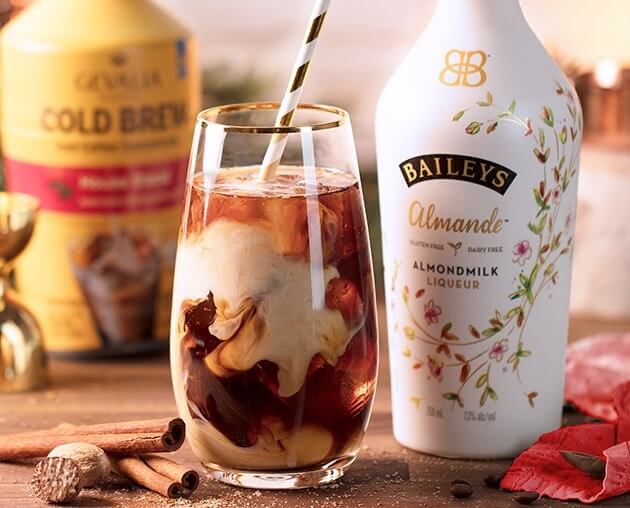 When speaking about the product, a spokesperson for Diageo told The Spirits Business that the vegan-friendly item “offers the same quality and delicious flavour that people love about Baileys”. The product, which is also gluten-free, was described as a “naturally light tasting spirit” that consumers will be “thrilled” to try.

It was suggested that the introduction of the vegan beverage contributed to the 3% sales rise that Baileys saw last year.

The product is good news for those looking to cut dairy consumption. Research revealed that almost 30% of people in the UK want to give up cheese and cow’s milk in 2018.

The pop-up will be open on the 23rd of March at 13 Soho Square, London W1D 3QF. It will run from midday until 8pm. Event goers must be at least 18 years old to attend and entry is free.