You don’t have to be a guest at Prince Harry and Meghan Markle’s wedding to eat like a member of the royal family. In fact, you can make this vegan version of the royal wedding cake whenever you please.

The vegan lemon and elderflower cake recipe comes by way of Obviously Vegan founder and baker, Maisie Stedman. She’s the winner of PETA’s 2016 Great Vegan Bake-Off contest. And Stedman seems to have set her sights even higher with her recent royal creation.

“Whilst the royal wedding cake will likely be made with eggs and dairy ‘products’, Maisie’s recipe proves just how easy it is to bake a show-stopping cake without the cruelty,” the animal rights organization notes. “Of course, her sensational creation isn’t just suitable for vegans – it’s also a great choice for anyone with an egg or lactose intolerance or who simply wants to try something new for their special day.” 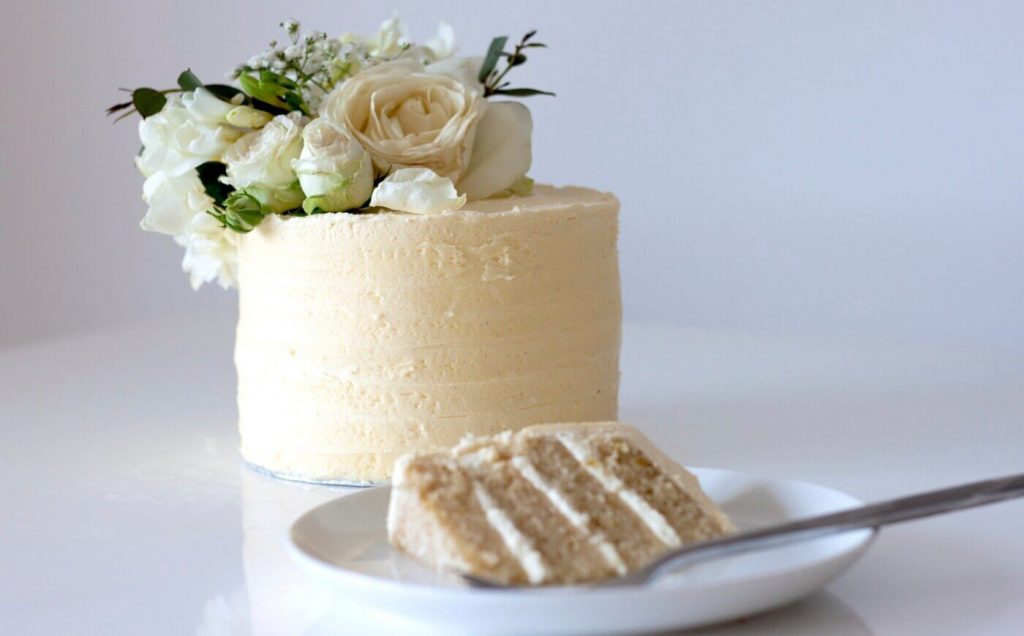 While the actual royal wedding cake may not be vegan, there’s a good chance much of the menu will be. Meghan Markle and Prince Harry have been eating a predominantly plant-based diet recently, and the couple’s famed wedding photographer and prince in his own right (he’s actually Polish royalty himself), Alexi Lubomirski, is an ethical vegan. (And everyone knows you don’t let the wedding photographer get hangry.)

The couple has also asked guests to refrain from giving gifts and support one of the environmental conservation causes they’ve selected for the event instead.

Want to make the cake? Make sure you set aside a day for this project, though. According to Stedman’s recipe, the prep-time alone is nearly three hours, and it’ll need to bake for more than an hour. But, by the looks of it, it’s time well spent.

“Choosing vegan baking is kind to mother cows, who are forcibly impregnated and then separated from their newborns on dairy farms, and to chickens, who are often kept in tiny wire cages on filthy egg farms,” PETA notes. “Eating vegan is also a great way to reduce our risk of suffering from heart disease, strokes, diabetes, obesity, and cancer.”