Vegan and cruelty-free beauty brand, Spectrum, has teamed up with Disney to launch new, fairy tale-inspired products. The first collection to hit store shelves will be The Little Mermaid, MTV reported, commenting, “honestly we’ve never needed something more in our entire lives.”

The line includes “Dinglehopper” brush sets, referring to the term Ariel uses to describe forks in The Little Mermaid film. Disney fans can also purchase the Ariel Chest and Dinglehopper Set, an Ariel-themed chest bag lined with vegan leather and gem stud detailing and paired with five Dinglehopper brushes. Spectrum describes the piece as “the most mermazing place to store all your whozits, whatzits and thingamabobs.” 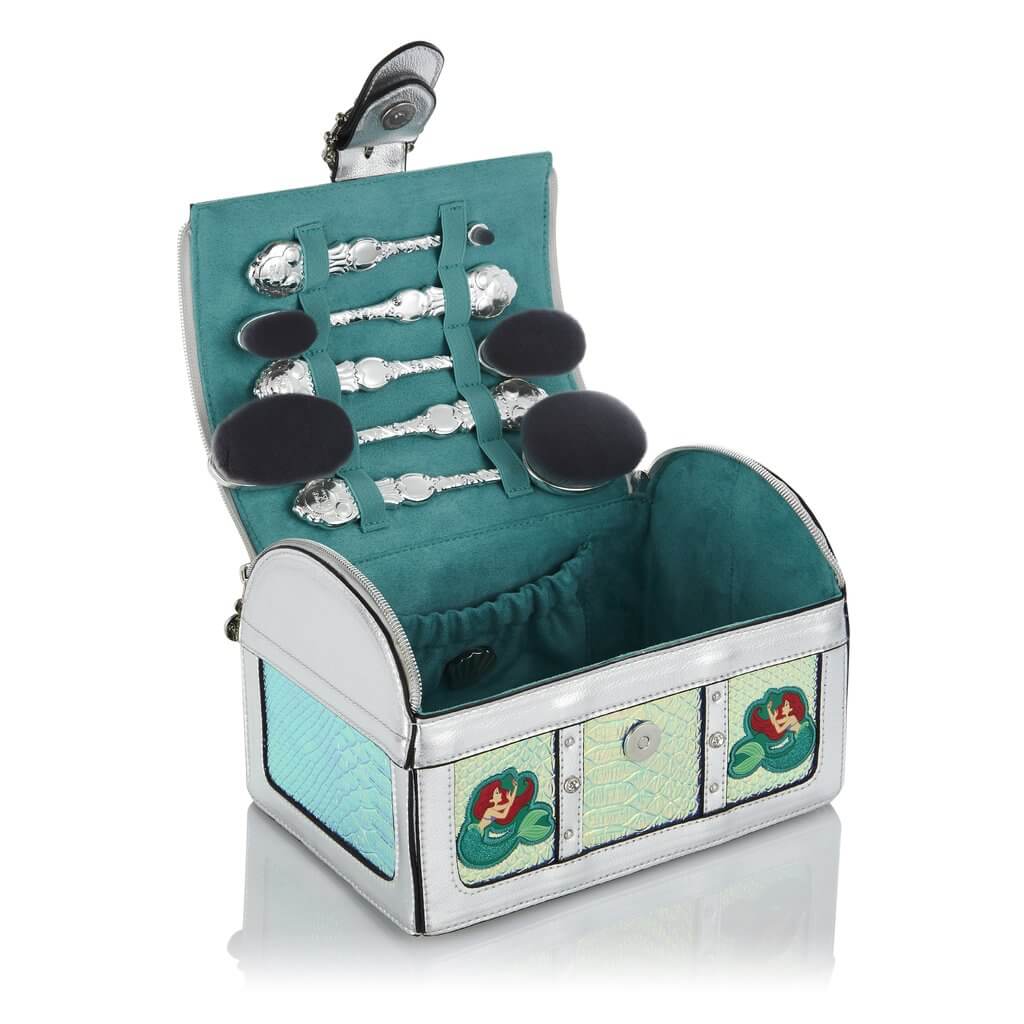 Ursula fans won’t be missing out either. The Ursula Shell Brush Set includes 10 brushes in a conch shell-styled case. The case is made with purple vegan leather and features oil slick pearl stud detailing, glitter outlining, and a pearl-embellished detachable chain strap.

According to Spectrum Collections founder, Hannah Pycroft, the collaboration intends to inspire shoppers just as Disney films can inspire viewers. “Combined with our own experience of starting in a garage and rising to great success along with how Disney inspires everyone to ‘dream big’, hopefully the collection is inspirational to our customers and fans of both brands,” she said to MTV.

“We’re really excited to be able to offer a piece of nostalgia, combined with on-trend design and ethical material choices which we hope will be a hit with consumers spanning generations,” Pycroft added. 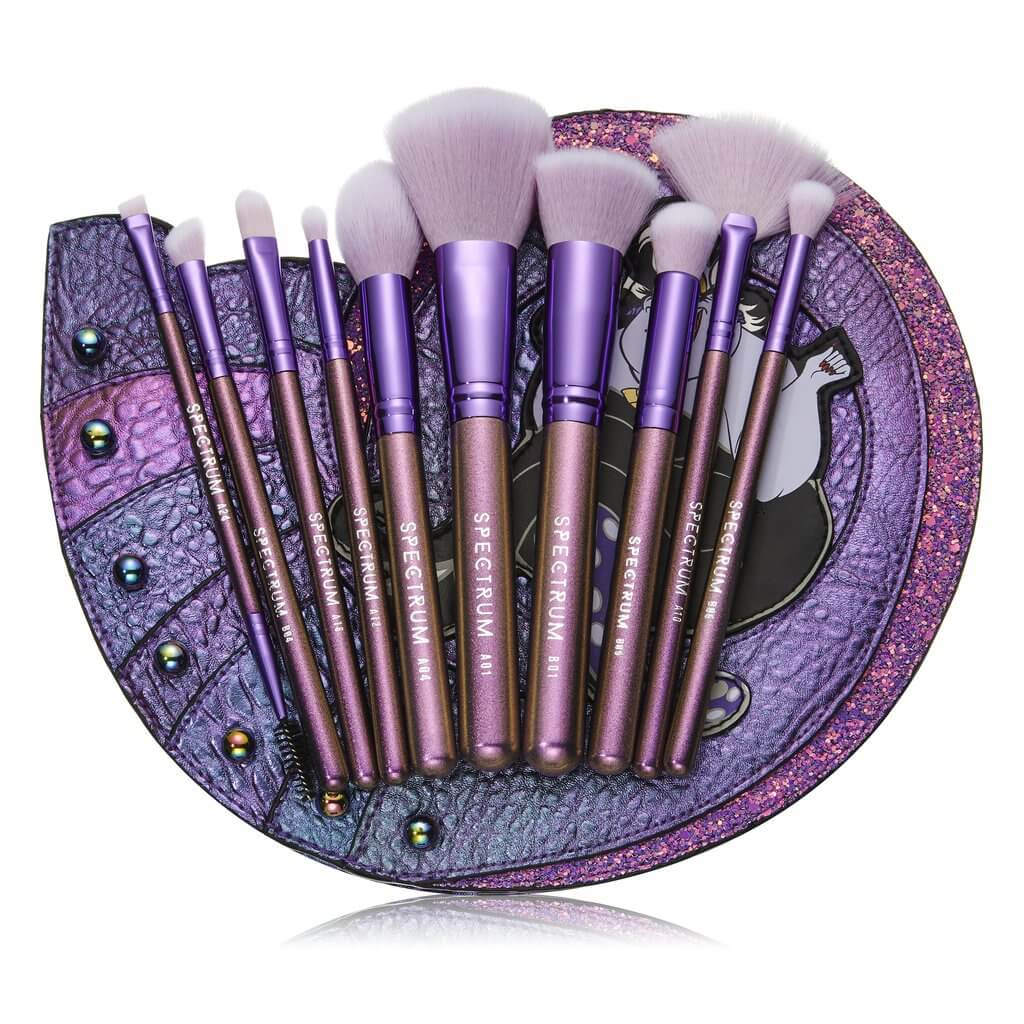 According to its website, Spectrum prides itself on the high-quality and professional performance of its products. The company’s products have appeared on TV shows such as TOWIE, Geordie Shore, X Factor, This Morning, MIC, and Hollyoaks.

The business added it is “[p]roud to be a PETA registered and Vegan trademarked cruelty free brand,” noting, “we never have and never will test on our fury friends.” Further, “all of Spectrum’s brushes are made of the highest quality synthetic hair. Once you feel the super-soft bristles you’ll never go back!”

Spectrum noted, “No unicorns were harmed in the making of Spectrum Brushes.”