The 27-year-old founder of a vegan, bee-friendly beer brand has his sights set on a UK-wide expansion.

Jason Winter, a native of Holland on the Sea, is the founder of Bumble Beer, which makes a vegan pilsner-style lager. He first came up with the concept whilst reading about the insects’ declining population in university.

“Originally I wanted to brew a honey-infused craft-beer but I have developed the concept somewhat,” Winter told the Clacton Gazette. “From originally brewing with honey, to now making it a fully vegan product where it hopefully creates a talking point around saving our bees, sustainability, veganism, and eco-conscious causes.” 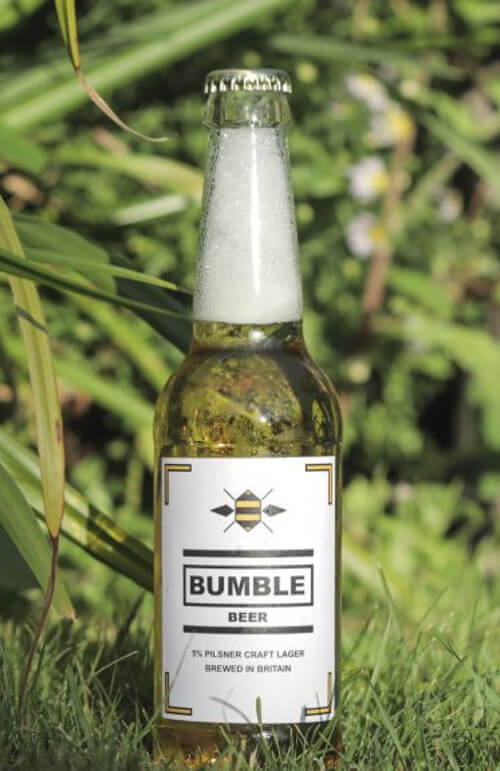 According to the website, the craft brewer works only with organic producers and “trusted agricultural partners that don’t use harmful pesticides” known to cause harm to bees. Bumble Beer has also committed to donating 10 percent of its profits to bee-saving charities at the end of the financial year.

“I decided to pursue this project again as not only hopefully supporting myself through running my own business, but to make a difference and do something with purpose. I greatly want to do some good in this world, and not just make money,” Winter explained.

He also keeps the sustainability of his product in mind. Winter is working to create new packaging for Bumble Beer that are less polluting and fully recyclable. The company also plans to create a check-list for every step in the beer-making process to measure its sustainability and how it can be improved upon.

“Making beer is also incredibly wasteful on water. It takes ten litres of water to make one litre of beer and I would like to reduce this too,” he said.

He hopes that his initiatives will inspire other companies to become more planet-friendly and aims to make it easier by making Bumble Beer’s methods available to the public. Additionally, Winter hopes to reduce the company’s emissions to zero within a decade.

“I think it’s incredibly important for all companies to be profitable by doing something for the environment,” Winter continued.

Bumble Beer is currently brewed in London, but Winter hopes to eventually open a brewery in Essex. He is speaking with independent distributors to sell the craft-brewed lager in stores across the UK and hopes to expand to pubs and supermarkets.