The vegan Beyond Burger has debuted at Lord of the Fries locations in New Zealand, a vegan fast-food chain originating from Australia.

The restaurant teased the plant-based burger’s debut on Instagram earlier in the week by posting a photo with the words “get ready for something beyond amazing,” written over it. New Zealand fans could not wait to get their hands on the popular “bleeding” vegan burger, made by California start-up, Beyond Meat. Though the vegan Beyond Burger is new to Lord of the Fries’ New Zealand customers, the burger debuted at the chain’s Australian locations earlier this year following a similar teaser.

“OMG YEEEEEESSSS,” wrote one excited follower. “…if this means they’re getting beyond meat patties damn we are in for a treat! These are NEXT LEV!”

According to the company, Lord of the Fries is the largest plant-based fast-food chain in the Southern Hemisphere. Its ever-rotating menu focuses on providing its customers with vegan takes on classic fast-food, such as a limited-edition vegan chicken and waffles sandwich, burgers, hot dogs, fries, and vegan milkshakes. Not only is everything on the menu vegan, it is also Halal and Kosher. 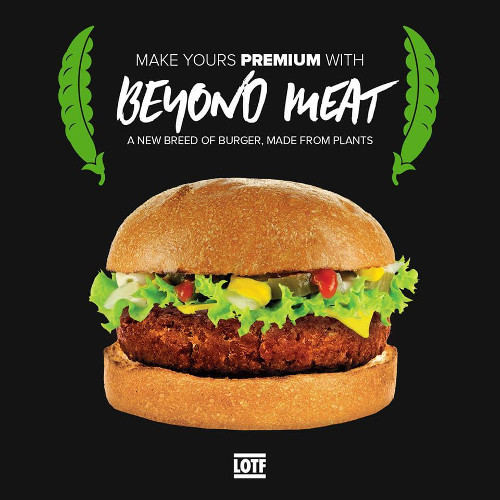 Bruce Craig, a Lord of the Fries New Zealand franchise owner, believes that the chain’s comfort food focus is what has fueled its success. He said: “LOTF [Lord of the Fries] offers customers, whether vegan, vegetarian, flexitarian or omnivore, great tasting comfort food that just happens to be 100% plant-based.”

“Our mission is not to change the eating habits of New Zealanders, but to offer them the same delicious foods that they regularly enjoy when eating out, with the added benefit of their fast food being plant-based,” Craig added.

The first New Zealand Lord of the Fries opened 18 months ago; however, two additional New Zealand locations have launched in K Road and downtown Auckland, with further franchises planned for Queenstown and Ponsonby within the next six months. The brand’s expansion serves as an example of how the growing demand for vegan food is allowing entirely plant-based businesses to thrive. Popular US-based chain By Chloe, for example, just opened its second London location and plans to continue its domestic and international expansion.

Image Credit: Beyond Meat / Lord of the Fries