PHW Group, a major meat distributor is playing a big role in making Germany the first country in Europe to sell the Beyond Meat Beyond Burger.

Last year, the California-based vegan meat company teased that the vegan Beyond Burger would enter the European market in the first quarter of 2018. According to a press release issued today, “the family business of Lower Saxony will sell The Beyond Burger in Germany.”

“Over many months, we have been working hard to select a strategic partner for our international expansion,” said Ethan Brown, Chief Executive Officer and Founder of Beyond Meat. “I am very pleased that with the PHW Group we have found a long-term partner who has extensive expertise in the European market with regard to distribution, logistics, and customer and consumer engagement.”

PHW Group will handle exclusive distribution of the Beyond Burger in Germany. The global company produces and markets chicken, turkey, and duck meat under the leading German poultry brand, Wiesenhof. According to the official website, “the responsible and sustainable shaping of the future is and remains our guiding principle.” 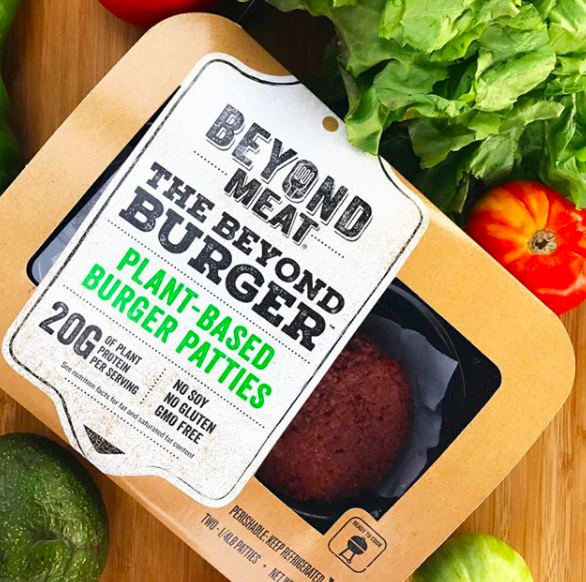 PHW Group’s commitment to sustainability and the “determination to put scientific expertise to practical use and its constant quest for innovation” likely played a part in the formation of the partnership with Beyond Meat. Its core values reflect Beyond Meat’s mission of replacing animal protein with plant-based meat in order to positively impact climate change and human health.

“I am very pleased that we were able to convince Beyond Meat of our capabilities. Not only will we use all our know-how in the logistics and production of convenience and vegan products, but above all our expansive distribution network to boost the launch of Beyond Meat,” said Peter Wesjohann, CEO of the PHW Group.

“We consciously embrace this supposedly unusual partnership because we believe in growth through diversity. Our job as a food manufacturer is to create as many different offerings for the consumer as possible: for example, we offer the consumer a wide range of protein-rich products, from conventionally produced poultry meat, to private courtyard poultry, to a vegan range. Against this backdrop, we also understand our partnership with Beyond Meat,” Wesjohann continued.

The German market is likely a wise choice for Beyond Meat’s first European destination. A recent survey reported by Handelsblatt Global revealed that the amount of Germans following a plant-based diet has doubled over the past decade. On top of that, only 21 percent of Germans eat meat every day. In 2016, the German market led the way with more vegan product launches than any other country in the world, according to a study by global market research firm Mintel.