Foodies of Chicago, rejoice! The Beyond Sausage has just touched down in town!

Producers of the plant based sausage, Beyond Meat recently shared the announcement on Instagram. The company caption their post: “[w]e couldn’t be more fired ? up to announce that #BeyondSausage has landed in our Nation’s sausage capital, Chicago!… ‪Starting today, @moonlighterchicago will offer three mouthwatering Beyond Sausage builds AND a secret off menu Chicago Dog. Check out our story to learn more ??‬” 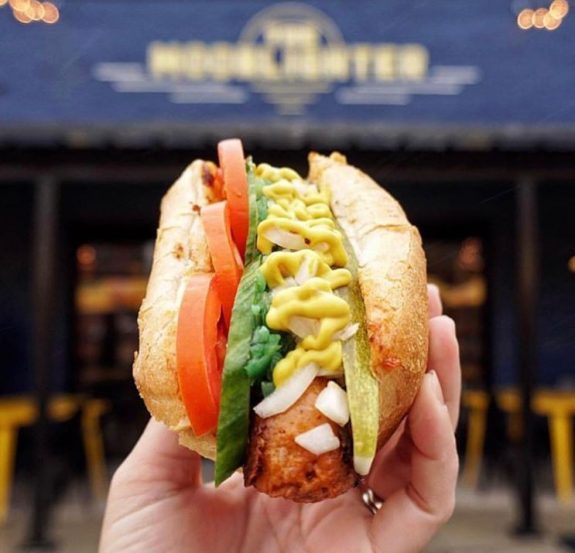 “Given how great Beyond Meat products taste and the overwhelming positive feedback we’ve gotten from The Beyond Burger, adding Beyond Sausage was a no brainer. As the sausage capital of the U.S., we’re excited to put our own unique twist on the sausage,” Neely said.

The Moonlighter bar is also serving the Beyond Sausage on a secret menu, an option called the ‘Chicago Dog’ to those in-the-know. 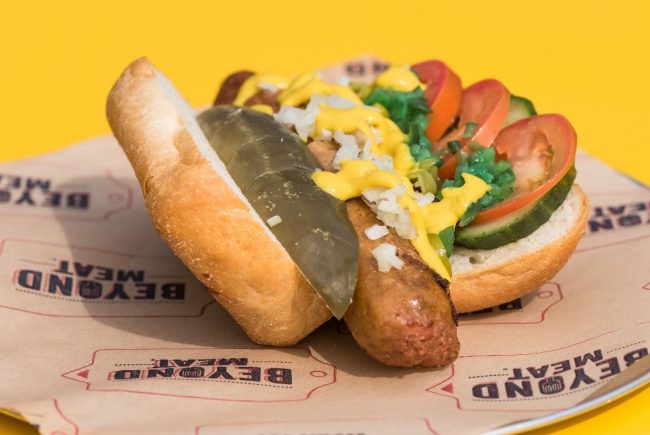 This launch follows the brand’s successful foray across the country with their hugely popular ‘Beyond Burgers’ which in some cases have replaced meaty menu options. Perhaps to no surprise, as the company’s products bear striking resemblance to what traditional beef burgers and pork sausages would taste, smell, and look like.

Moreover, the Beyond Sausage just recently became available in its first ever American ballpark: the Yankee stadium. Last month, the sausage hit menus at San Francisco’s Rosamunde Sausage Grill, and premiered at Veggie Grill locations in Los Angeles. Even sausage-fanatics in The Big Apple can get their fix.

This plantilicious sausage contains more protein than a traditional animal-based sausage, boasting 16g per link – not to mention, 38% less saturated fat, 43% less total fat, 27% fewer calories, and 26% less sodium. Beyond Meat claims to be the first company who have produced a sausage product that delivers the “juicy, satisfying taste and texture of pork sausage”.