Julia Hubbard is a longtime British athlete, having competed internationally in sprinting, bobsleigh and bodybuilding. Over the weekend, Hubbard added to her accolades by gaining one gold, and three silver medals in an International Physique League event, earning her the silver medal overall. 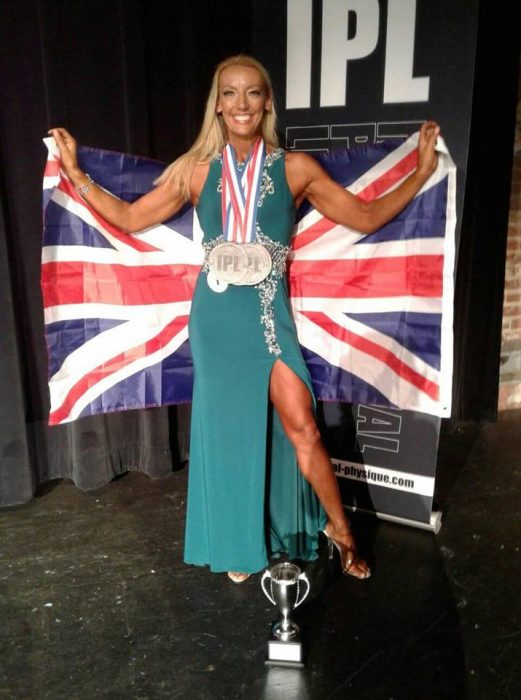 Now vegan, Hubbard had been a vegetarian for many years but made the decision in July 2015 to switch to a vegan diet. Speaking with Great Vegan Athletes, Hubbard claims that ‘The turning point was [her] health.’ ‘I started having digestion issues,’ she said, ‘and for a year the doctors just treated the symptoms and labelled it as IBS and I was getting no better.’

The athlete’s successes in this weekend’s competition, are just a small number of the many she’s had since choosing to eat plant based including being awarded five Pro cards.

This weekend she competed in California at the International Physique League Apex, their Pinnacle event. She entered four categories: Figure, Athletic, Sports Model, and Evening Gown, gaining her gold medal in Evening Gown.

The athlete went into the competition with her sights firmly set on winning gold overall, but after the competition was over she said ‘Placing so high in all 4 I seriously can’t be too disappointed- although I’m fired up to turn those results around next year.’

With thanks to Great Vegan Athletes.