Vegan croissants and brioche buns have been historically hard to find. The reason is often one process that’s been widely used in the baking industry for ages: egg wash — that brushing of egg and oil onto the top of the dough that helps to brown and firm the outside of baked goods including brioche, croissants, soft pretzels, and challah bread.

But there may be a whole lot more options coming for vegan brioche-style baked goods in the near future as Pasadena, California-based Pak Group has developed a non-GMO vegan egg wash for baking applications that it says works just as well as egg-based washes.

The company, which markets the product under the Bellarise Shine label, says the product could provide options not just for the growing demand for vegan food, but also for the allergen market.

“Up to now, commercial and industrial bakeries have had a very limited range to choose from when it comes to egg washes and high-quality egg wash replacers,” Cam Suárez Bitár, marketing and public relations manager at Pak Group, told Baking Business. “Bellarise Shine gives bakers that consistent, unmistakable and shiny glaze they’re always looking for while helping them bake the breads that baby boomers and generations X, Y and Z want.” 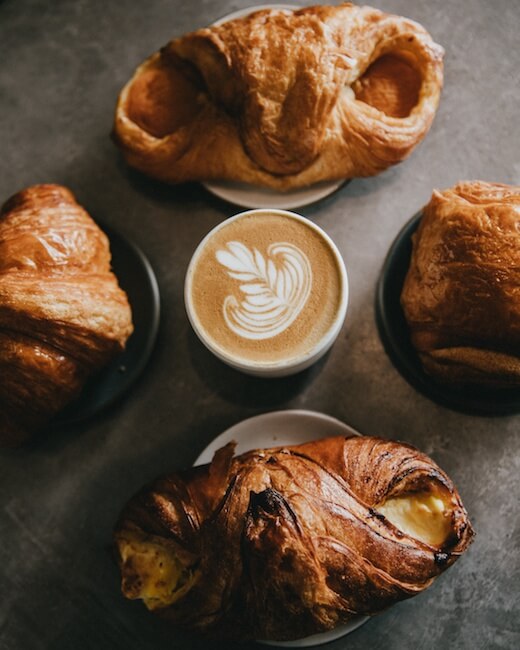 Pak Group says the pea-protein based eggwash replacer can be used on croissants, brioche, buns and more, “you’ll get the beautiful, precise shine you want, and have the most cost-effective option on the market,” the company explains, pointing to fluctuating egg prices.

Vegan eggs topped LIVEKINDLY’s 2019 food trend predictions as well, as companies like the Bay Area’s JUST are innovating on the liquid egg front with mung bean-based eggs. Aquafaba, the liquid leftover after cooking chickpeas, is also gaining popularity in cooking and baking for its ability to mimic egg whites in food like meringues and French macarons.

Can’t wait for the Bellarise Shine vegan egg wash to hit the market? You can try your hand at baking your own vegan brioche, such as this recipe from Wholesome Foods.