The Royal Roast new menu addition is a wholly plant-based dish but pays homage to its meat, dairy, and sometimes egg-inclusive animal-derived predecessor. Roast dishes are a staple for most European families, particularly on a Sunday, but now families can also enjoy dining on the modernized classic meal without the animal.

By Chloe’s just-opened London restaurant is the premier location to offer the dish. According to the menu, the Royal Roast is comprised of sea salt roasted celery root, glazed carrots, green beans, thyme potatoes, Yorkshire pudding, and rosemary gravy. 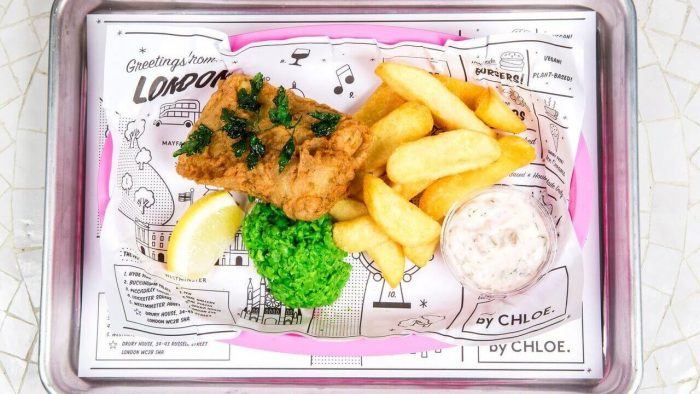 The dishes come shortly after By Chloe created a limited-edition vegan poutine entree in partnership with Deliveroo to honor the rumored favorite dish of the new Duchess of Sussex, Meghan Markle. The former actor spent copious lengths of time filming the television series “Suits” in Canada, where poutine is a national classic. She reportedly developed somewhat of an affinity for cheese and gravy on fries but her interest in veganism led the chain to launch its version.

Since the food chain’s co-founder, Chloe Coscarelli opened its first location in 2015, the brand has amassed global attention and success. It’s latest London location is the second of its kind to open in the U.K., but more are to follow. The company recently acquired $31 million of investment to enable further international expansion. It’s poised to open 20 additional locations with the investment, both in the U.S. and overseas.

By Chloe is one of the numerous vegan fast-food chains growing a marketplace presence and plotting world domination. California-based chain Veggie Grill is set to open five new locations in Chicago alone this year.

More recently, Australian-based vegan fast-food chain Lord of the Fries announced expansion plans in New Zealand, where it currently boasts two locations, as well as 100 franchises in India in an effort to meet the large demand for ethical convenience food. It also promised that it is currently working on a move into the U.K. and it also hinted at an upcoming U.S. expansion on Twitter.