Dylan Lauren, founder of the Dylan’s Candy Bar candy stores, and daughter of famed fashion designer Ralph Lauren, is launching a new line of healthier candies. She revealed this in a recent interview with Alina Cho for CBS’s “Sunday Morning,” program.

The new line of candy, which Lauren is calling “Treat Yourself,” is attempting to break not only the stores’ colorful mold but also candy industry molds in general. She says the products in this new line won’t be colorful candies like most others. “Because everything else is so colorful,” she began. “I want people to understand it’s vegan, it’s gluten free, nut free, allergen free.” These treats will be added to the lineup at all of her outlets, including stores in both Dubai and Japan.

Lauren says her inspiration came from the 1971 film “Willy Wonka and the Chocolate Factory,” starring Gene Wilder, which she recalls watching over and over as a kid. Much like Wonka, Lauren wanted to make a real candy wonderland. 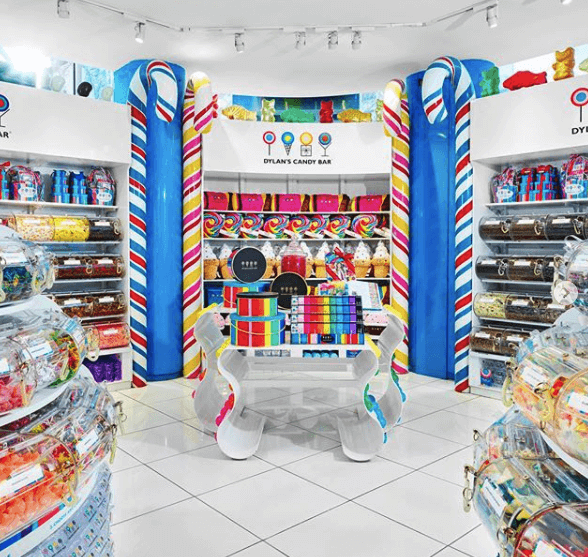 According to the interview, Lauren is a decision-maker who likes to be involved in all aspects of the business. She’s dreaming big, even teasing at the potential of a candy hotel, she told Cho. “Like Disney, I hope to open a candy theme park, maybe a candy hotel — so trust me, you’re not far.”

Lauren and her vegan treats have a definitive and rapidly growing spot in the industry. Market research has shown that vegan products are growing these days due in part to consciousness about where food comes from, as well as an interest in finding healthier, organic products. In fact, research by Mintel found that the number of vegan candy launches has more than doubled since 2013. The research also found that among many countries, Germany specifically has seen the greatest market growth with consumers being interested in healthier, vegan candies and treats.

Target recently announced it will begin stocking select Dylan’s Candy Bar items in its stores ahead of Valentine’s Day but no word yet whether the new vegan line will be available at Target.