Vegan celebrity, Kat Von D, is to support the international resistance, Animal Liberation Front, on stage in New York. The make-up artist and musician will be performing in the city alongside Iamx on April 21, 22, and 23.

Von D will be donning an Animal Liberation Front t-shirt for at least one of her performances after she put out a request for one on her Instagram account.

“NEW YORK!! If anyone knows where I can get an Animal Liberation Front shirt in NY to wear on stage, please lemme know in the comments below!” Von D wrote. Her wish was granted by New York-based animal rights activist, and the star’s “vegan brother”, Rob Banks.

The Animal Liberation Front is a controversial, international, leaderless, resistance. It engages in, generally unlawful, direct action to campaign for its cause: animal rights and liberation. 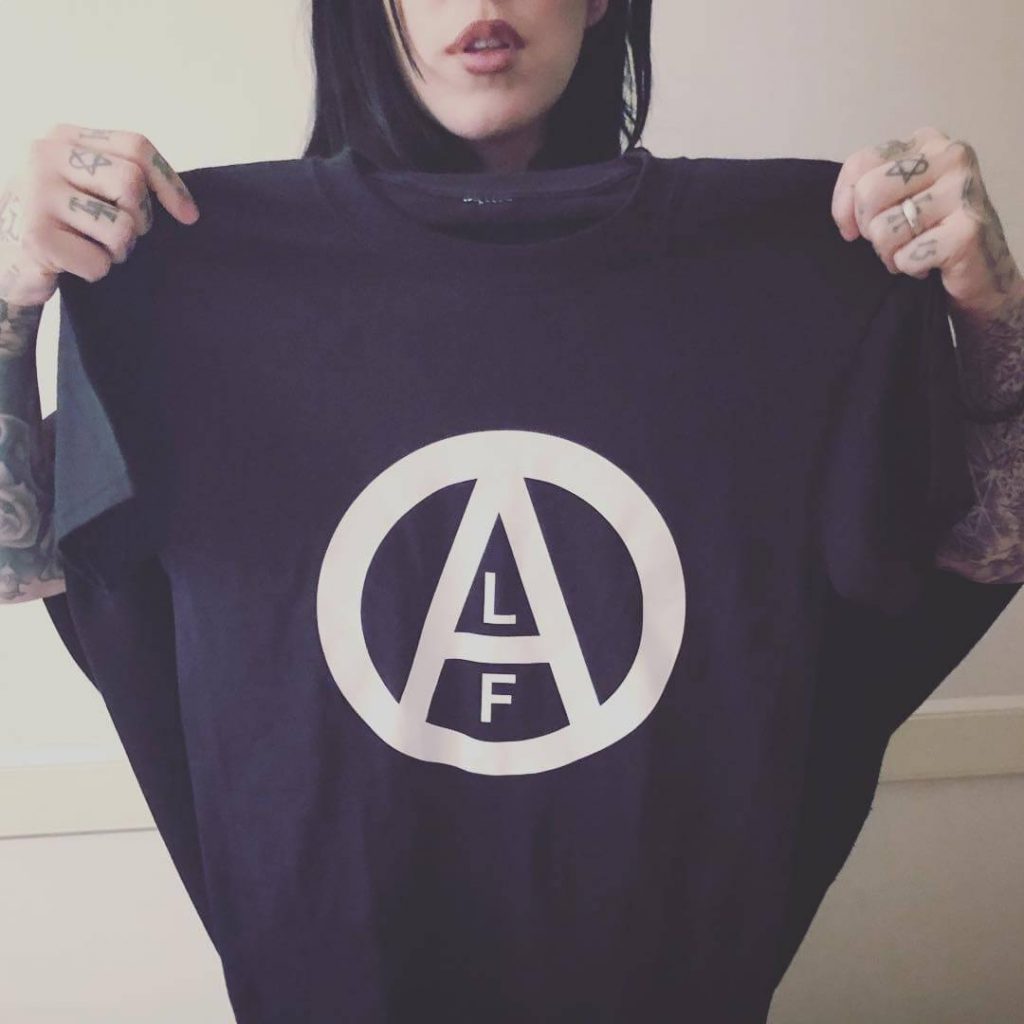 “[The Animal Liberation Front is] driven by an abhorrence of all abuse and exploitation of the weak and innocent,” Robin Webb, press officer for the resistance, writes on its website. He adds, “activists break unjust laws and risk their freedom in pursuit of a rightful cause – animal liberation – in much the same way that campaigners in past struggles fought for the abolition of slavery and emancipation of women.”

PETA, a lawful animal rights organization, has acknowledged in the past that it respects the methods used by members of the resistance. “ALF ‘raids’ have provided proof of horrific cruelty that would not have been discovered or believed otherwise,” the organization has noted. It continued, “often ALF raids have been followed by widespread scientific condemnation of the practices occurring in the targeted labs.”

Von D herself has gone to many lengths to support the animal rights movement. In the past, she has launched products for her vegan makeup brand, Kat Von D Beauty, and given the profits to animal rights charities, such as Farm Sanctuary. The entrepreneur has also used her voice to condemn high profile beauty brands, such as NARS Cosmetics, for testing its products on animals. Further, Von D has adopted 3 sphynx cats in the past and promotes the slogan “adopt, don’t shop.”