New Yorkers are about to get a visit from the cheesecake gods. Vegan cheesecake, that is.

Vegan cheesecakes from throughout the tristate area will be on site for the tasting, including offerings from Tere Fox of Rockin’ Raw, Katerina Justova of Culiraw, Chef Rootsie of Veggie Grub, Nancy Grenier of VegNature, and many more.

“There is something magical about cheesecake. Almost everyone loves it, but we vegans just hate the cruelty behind the cheese,” says event organizer Sarah Feoli. “At the throw-down, we’ll be able to taste heaven without giving up on compassion.” 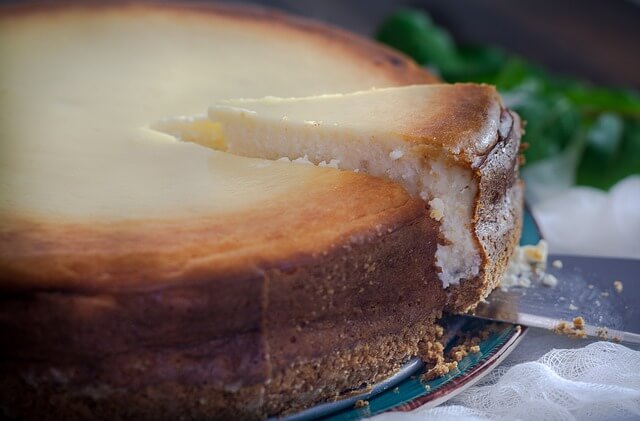 Feoli notes that this event mirrors the growing interest in plant-based foods. “Typically, desserts are laden with eggs and cream and all kinds of vegan no-nos,” she says. “But this competition will prove that there is an abundance of sweetness without all that baggage.”

The $25 admission fee includes a taste of every cheesecake entry, a glass of organic Smart Beer, plus organic chips and salsa provided by The V Spot. And all attendees are invited to vote for their favorite cheesecake as well.

Can’t make it to New York City for the event? Whip up your own vegan cheesecake at home. Or head over to your freezer set and look for Daiya’s aptly named New York Cheezecake.