International pizza giant Domino’s just announced the launch of its new vegan cheesy garlic bread. The product will be available in Australia from today onwards.

According to Nick Knight, the CEO for Domino’s in Australia and New Zealand, the “popularity of, and demand for, vegan products has increased considerably over the years.” In a statement, he said, “At Domino’s, we’re always hungry to be better and want to deliver the changes customers are asking for.”

“We’re all about providing choice for our customers and want to give people options to suit their diet, which is why we are excited to expand our vegan offerings,” Knight added. 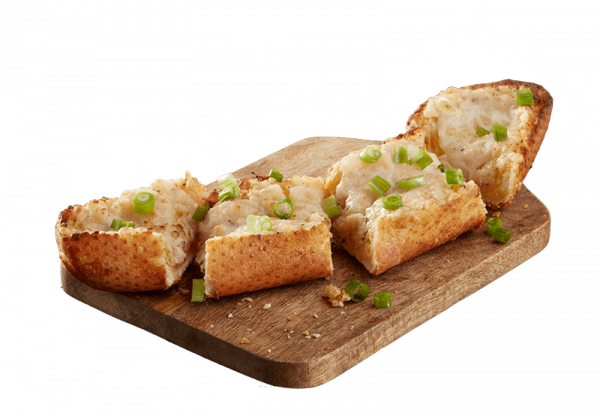 Like the company’s vegan pizzas, the dairy-free cheese on the Vegan Cheesy Garlic Bread was created by Follow Your Heart. “Our ongoing journey to provide customers with a menu we are proud of and one that offers more choices led us to finding the best in taste and melt after a long search of vegan cheese options,” Knight said.

Health was another factor in the decision to offer the new plant-based side. The vegan cheese, which is free from GMOs and preservatives, was described by Knight as “high quality.” He noted, “It’s also cholesterol free, making it the perfect, healthy indulgence.”

Domino’s introduced a range of vegan pizzas in its Australian stores earlier this year following a successful trial period. The Vegan Avocado Veg, the Vegan Margherita, and the Vegan Spicy Trio were added to the chain’s menu, complete with dairy-free cheese. The cheese, in particular, was a hit with customers; Domino’s said it was “overwhelmed“ by the positive response to the product.