Chef Matthew Kenney just opened another vegan restaurant in New York City, adding to his firm presence in the New York culinary scene. The concept, Arata, is a Japanese-inspired restaurant that plays upon traditional Asian dishes with a plant-based, innovative twist.

Kenney is well known in the culinary industry for his creativity and plant-focused menus. The seasoned chef began his culinary career in New York City decades ago, where he graduated from the French Culinary Institute and began working in high-end restaurants. Since then, he has adopted a plant-based diet and decided to carve his own path, using the skills he developed to “craft the future of food.” Kenney has opened 14 vegan restaurants around the world, from Los Angeles to Bahrain, to introduce and excite diners about plant-based cuisine. With two other restaurants in the East Village, New Yorkers have already gotten a taste of Kenney’s work, and many are chomping at the bit to try this latest concept. 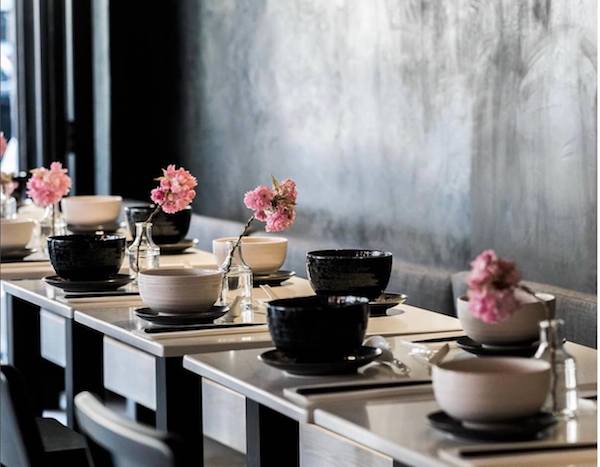 Arata is an idea Kenney has been working on for a few years. He has hosted Arata pop-ups at his Miami and Los Angeles establishments, featuring complex-flavored ramen bowls and delicate buns. The brick-and-mortar location has allowed him to expand this menu and play with different dishes, in addition to developing a cocktail and sake program. Diners can expect a range of small plates, buns, sushi, bowls, and desserts. A few of the stand-out dishes include the Kimchi Pancakes, Heiwa Tofu Bun with mustard miso, pickled chile, and napa cabbage, and of course, the Arata Ramen, complete with pulled mushrooms, baby bok choy, Maine seaweed, soft tofu, corn puree, and miso ramen broth. Don’t leave without dessert. The Toasted Sesame Cheesecake and Blueberry Parfait with hazelnut cream and ginger are not to be overshadowed by the robust savory menu. 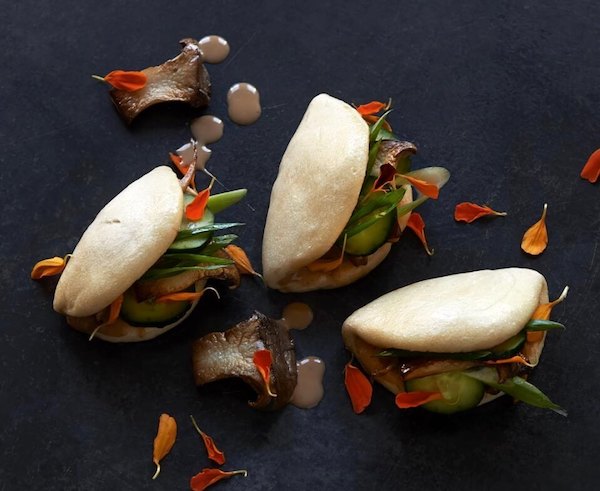 In recognition of his latest opening, Kenney took to Instagram to thank his team. “We’re opening our 14th restaurant, Arata, tomorrow night and while I love the recognition, the chef role also belongs to very talented @scottwinegard who oversees our culinary operations. We have been working together for years and the foundation we have built is the reason we can expand effectively. Arata was originally his idea and his lovely wife @bright_black even designed our logo. I also need to note that our hospitality director @__matt__nyc , is one of the brightest people I’ve ever met and definitely the hardest working person in the restaurant business. Namaste.” In the post, Kenney also mentioned that he has no intention of slowing down. He and his team are opening ten additional restaurants in the next year, expanding current concepts and introducing new ones as well.

To stay up to date on the latest Matthew Kenney restaurant, visit his hospitality page.