Popular British pizza chain Pizza Express is getting into the holiday spirit with a new festive menu. On it, comes a new vegan dish – the Mushroom and Pine Nut Pizza.

Pizza Express has more than 470 restaurants across the United Kingdom. The new meal marks the casual dining chain’s first-ever plant-based Christmas dish. But the pizza was “worth the wait,” according to the brand. Portobello mushrooms, pine kernels, and fresh rosemary adorn the new menu addition, along with oregano, black pepper, parsley, and garlic oil, as well as Pizza Express’ dairy-free mozzarella.

Also joining the menu these holidays is the brand’s Snowball Dough Balls, a Christmassy rendition of its classic dough balls. The Snowball variety features cinnamon and icing sugar and is served with fruit coulis. 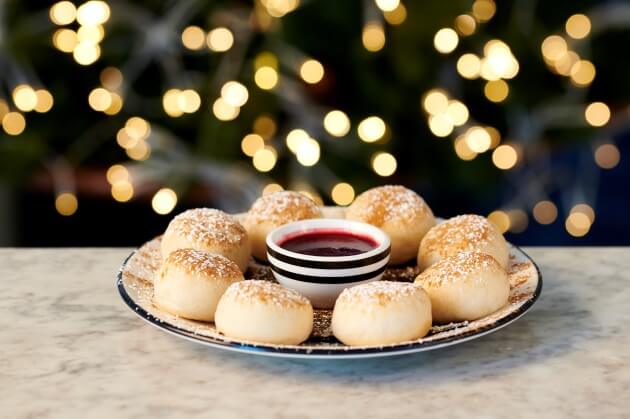 According to the press release, the new menu items were motivated by a desire to offer the veg-curious something different these holidays and “put an end to mundane menus once and for all.”

While the Mushroom and Pine Nut Pizza might be Pizza Express’ first foray into vegan Christmas food, it is not the brand’s first vegan dish. In the summer, the company announced its seasonal menu which included the Leggera Vegan Giardiniera. A shift in consumer behaviour inspired the launch, said Senior Marketing Manager, Timothy Love, to LIVEKINDLY. Love pointed out that “almost a third of all evening meals eaten in the UK are now vegetarian or vegan.” 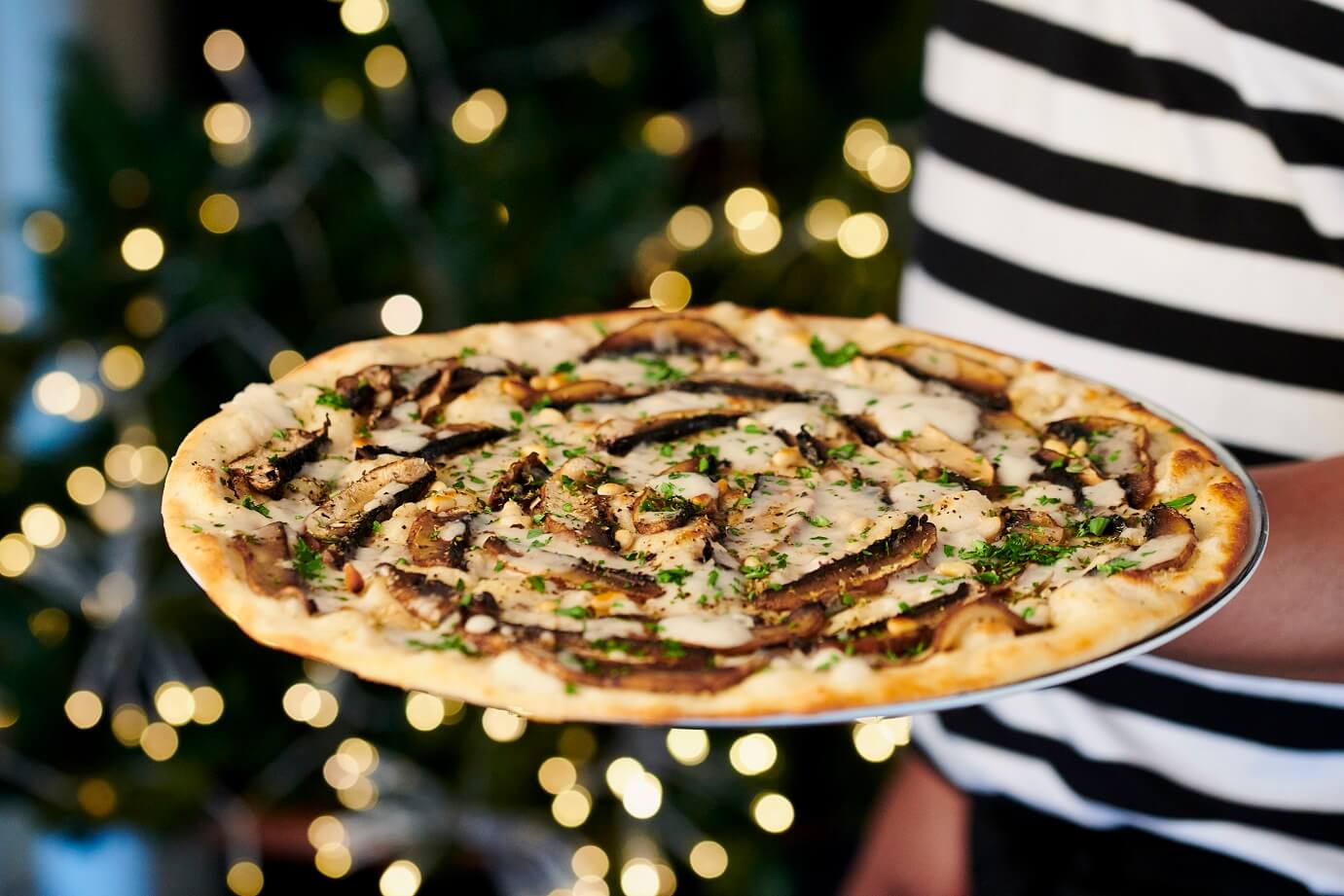 “We’ve led the restaurant market, developing a full range of vegan and vegetarian offerings with over 20 toppings to choose from, plus we were early to introduce gluten-free dishes,” he said. “This innovation is set to continue and we’re delighted to see such positive response to our menu.”

In September, Pizza Express introduced more plant-based options, including the Vegan Puttanesca which is topped with pulled jackfruit. The same month, the brand went a step further, launching its popular Vegan Giardiniera as a frozen pizza, purchasable from Waitrose supermarkets for shoppers to heat up at home.

Pizza Express’ exclusive Christmas specials will be available from November 20.