Did Miley Cyrus and Liam Hemsworth just get married?

The photos show Cyrus in an off-the-shoulder wedding dress and Hemsworth in a tuxedo as the couple holds a knife in front of a simple two-tier white wedding cake. According to Us, the singer wore a made-to-order ivory silk satin gown by Vivienne Westwood and white satin shoes by vegan brand, Cult of Coquette.

“Mr. and Mrs.” balloons hang on the wall in the background and numerous family members from both sides were in attendance, including Cyrus’s mother and siblings and Hemsworth’s brothers. Video shows Hemsworth and his brothers doing shots.

A source told US Magazine that all the food at the reception was vegan.

Wedding rumors have been circulating for a while after the couple reportedly got engaged in 2016, despite some on-again-off-again moments since first dating in 2010. 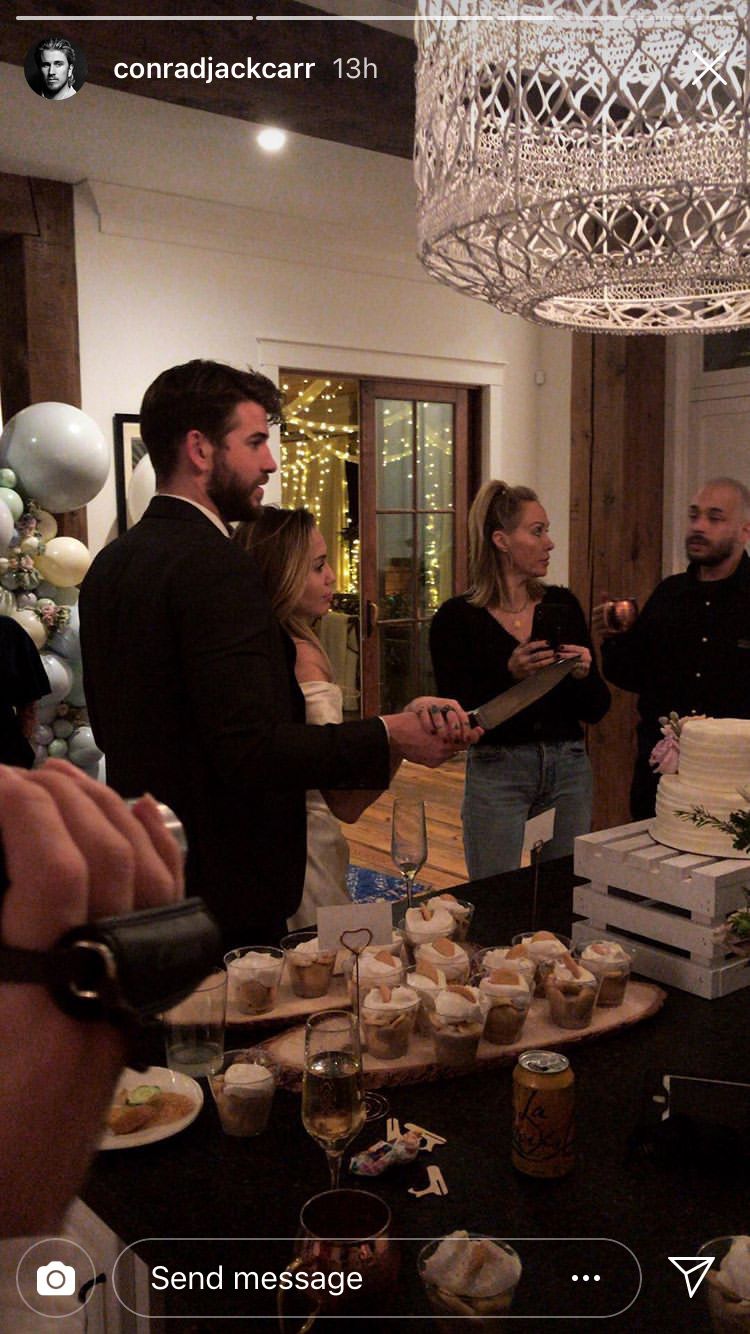 “I never would’ve believed you if three years ago you told me I’d be here writing this song,” Cyrus told Billboard in 2017 about her song “Malibu,” written for Hemsworth. “They’re going to talk about me if I come out of a restaurant with Liam. So why not put the power back in my relationship and say, ‘This is how I feel?’”

She added: “I needed to change so much. And changing with someone else not changing like that is too hard. Suddenly you’re like, ‘I don’t recognize you anymore.’ We had to refall for each other.”

“My partner, I call him my survival partner now. He thinks it’s not romantic, but I learned that it is,” the singer told radio host Howard Stern in a recent interview. “That is why you pair up with someone, for survival, and he was so incredible. He got all the animals out [from our house] in his truck.”

Cyrus recently released a new single with DJ Mark Ronson, “Nothing Break Likes a Heart.” The politically-charged video was followed up with a politically-charged appearance on “The Tonight Show” last week with Jimmy Fallon where the passionate vegan and feminist retooled the Eartha Kitt Christmas classic “Santa Baby” to include updated, empowered lyrics.