In a recent episode of MasterChef: The Professionals, contestants were given the brief of creating a “showstopper”. Chef Matt Campbell certainly did so, wowing judges by crafting a raw, vegan, sugar-free dessert.

LIVEKINDLY had the chance to talk further with Campbell about veganism in the food industry, and what is driving these changes.

Campbell turned to a plant-based diet after watching documentaries and reading Matthew Kenney’s Cooked Raw. Interestingly, the switch was also motivated by his goal to run the Provence Marathon, which he trained for and completed as a vegan.

These changes were made whilst living in France, in order to “expand his culinary repertoire”, he told LIVEKINDLY. To those who suggest that vegan eating is restrictive, Campbell insists “restrictions breed creativity”. He spoke further on the “untapped potential” of plant-based food. 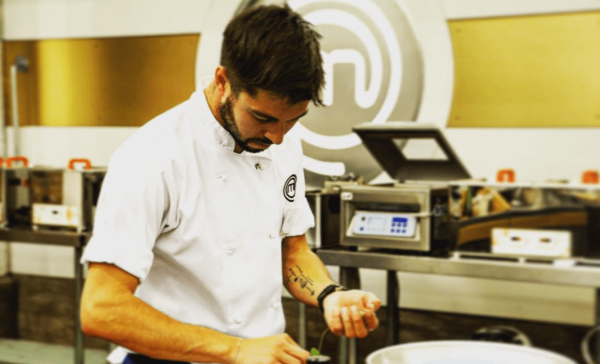 He focusses especially on “interesting base sauces”, including Indian Spice blends, Thai cashew butter dressings, Chinese fermented black bean dressings and Miso marinades. One standout tip involved the use of charcoal oil: “Just drop a hot coal into vegetable oil and put a lid on to starve it of oxygen and smoke the oil. Allow to cool. – Use instead of normal oil and each dish has a lovely smokey BBQ foundation!”.

Campbell explains that he has “seen a shift in focus” in the industry. He also believes the need for vegan options on menus is growing, adding: “When customers demand this, chefs will cater”.

“Its all about the change of perception, in the kitchen and at the table”.

He said: “I think the secret is slowly coming out now, people are open to trying vegan food and they’ve heard rumours it’s not just carrot sticks and hummus”. 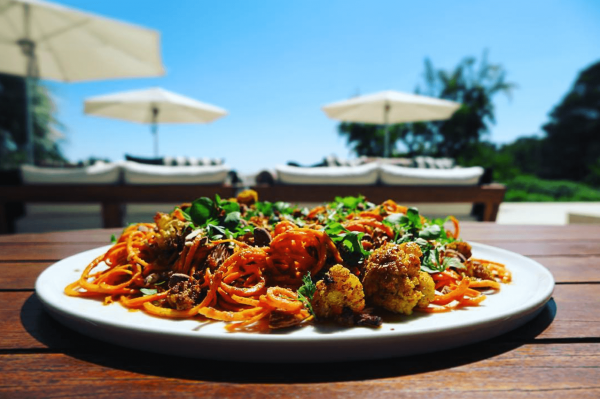 Carrot sticks are nowhere in sight for Chef Campbell. He names his cuisine style as nutritional gastronomy. He adds: “I like working with superfoods and fermented foods and seeing how I can apply them to gastronomic cuisine”. Some of his favourite ingredients include “Kombucha, Kale, Kefir, Maca, Raw Cacao, Miso, Spirulina, Nutritional Yeast, Sea truffles, Hay & Moss”, as well as baked sweet potato during the colder months.

Campbell said: “The thing I love most about plant based cuisine is how good I feel after eating it… I can honestly say I was shocked by how good I felt. Everything flowed, it just felt right”.

What’s next in store for Campbell? After leaving MasterChef last week, he reveals that he will be participating in multiple pop-up events in the new year, which he notes will feature vegan dishes. We wish him the best of luck in his career and hope to see plenty more plant based dishes on the menu.

You can see more of Matt’s content by following the links below: