Rick Allen, the drummer for heavy metal band Def Leppard and a long time vegan, has announced the launch of his own line of luxury vegan handbags named BonSac.

“In my world of rock and roll, with so many artists choosing compassion over conventional fashion, style with conscience is the future,” Allen said in a statement.

Allen’s spiritual and veggie values mean that the entire range is completely animal-product-free, using materials such as Kevlar — a soft industrial upholstery fabric —  and waxed cotton in place of leather and wool. BonSac joins the growing number of luxury fashion lines opting to go vegan. Designer Stella McCartney made a wedding reception gown for Meghan Markle and a vegan dress for Miley Cyrus’s appearance at the Met Gala. And top designers including Versace, Tom Ford, and Gucci have all moved away from using fur in their designs. 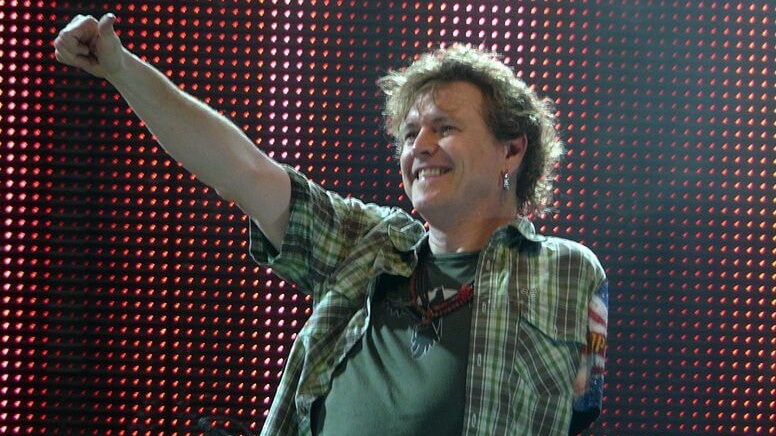 Allen joined Def Leppard in 1978 and quickly became an integral member. Following a car accident in 1984, which resulted in him having his left arm amputated, Allen continued to drum and quickly earned himself the affectionate nickname of “Thunder God” from Def Leppard fans (some say he is an even better drummer with one arm!). Despite their tough exterior, Def Leppard is quite the compassionate band; guitarists Phil Collen and Vivian Campbell live a veggie lifestyle, too.

Allen is in good company with other rockstar drummers embracing kinder living. Fall Out Boy drummer Andy Hurley opened a vegan café in Portland, Oregon, last year; and the drummers of the Stray Cats, the Ramones, and Guns N’ Roses were all recently spotted tucking into gourmet vegan food at Crossroads, the popular vegan restaurant in Los Angeles founded by chef Tal Ronnen.

The first bag in Allen’s BonSac range is now available on Amazon (with the equally luxury price tag of $979.99) and is a unisex shoulder bag dubbed the “Rick Allen Day Bag.” According to the press release, the bag is an “heirloom-quality classic-style bag that will endure the test of time, much like Rick Allen himself.” A full collection is expected to follow in late 2018.