The research, published in the journal PLOS One, looked at 40 studies conducted in more than a dozen countries. It compared the health and risk factors for people on omnivorous (meat-eating) diets and those on vegan and vegetarian diets.

According to the Physicians Committee for Responsible Medicine, the vegan subjects overall consumed fewer calories and less saturated fat, which led to a reduction in LDL (bad) cholesterol levels, lower triglycerides, blood pressure, and fasting blood glucose, and a lower overall BMI than the meat-eating groups.

The findings are the latest in a growing body of research that points to the benefits of a vegan diet for overall health. It comes as the mean BMI is at its highest, with an estimated 160 million Americans now either classified as obese or overweight. Nearly 75 percent of American men and more than 60 percent of women are obese or overweight. 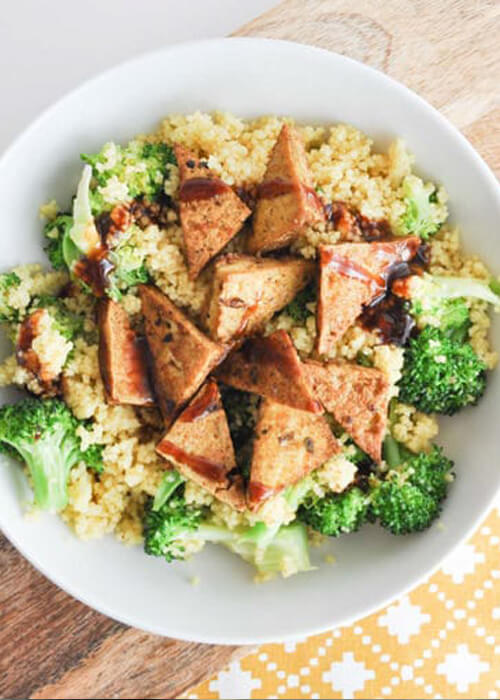 For the first time in recorded history, more people on the planet are suffering from health issues related to obesity than that of starvation. And despite obesity being linked with overconsumption, those with a higher than average BMI are often prone to nutrient deficiencies as well.

According to the study authors, the risk factor with the “most evidence” is body mass index, and this was “consistently lower in vegans compared to controls in diverse geographies (outside Asia), in larger and smaller studies, and in studies published over many years.”

“These observations support other evidence that plant-based diets are likely to lower the risk of cardiovascular disease and diabetes,” the authors concluded.

The healthcare and food service industries are already taking note. Hospitals are increasing their vegan offerings–one hospital in Australia is now working with a Michelin star chef to overhaul its menu options. A hospital in Houston that was damaged during Hurricane Harvey chose not to re-open a McDonald’s restaurant in the building.

And, at the urging of the Physicians Committee for Responsible Medicine, two children’s hospitals have removed hot dogs from their menus because of the increased link between processed meat and increased health risks.