Kevin Smith has proved that a lot can change in five months. The actor, filmmaker, and comedian went from drinking “two gallons of milk a day” to becoming a vegan advocate in that short time, following a sudden heart attack at the relatively young age of 47. Today, while attending the San Diego Comic-Con, the celebrity gave a public health update, saying he is feeling “so fantastic.”

True to his comedic personality, Smith told Entertainment Weekly, “The cure for the middle-age blues is to have a heart attack, kids.” He explained that many people leave the hospital after having a heart attack and don’t change their lives to prevent a future episode, and at first, he felt the same way, until his doctor intervened. Before Smith was released, his doctor advised that he make changes to his diet to prevent another attack, or worse, death. The serious advice motivated Smith to adopt a plant-based diet and make a new commitment to his health. 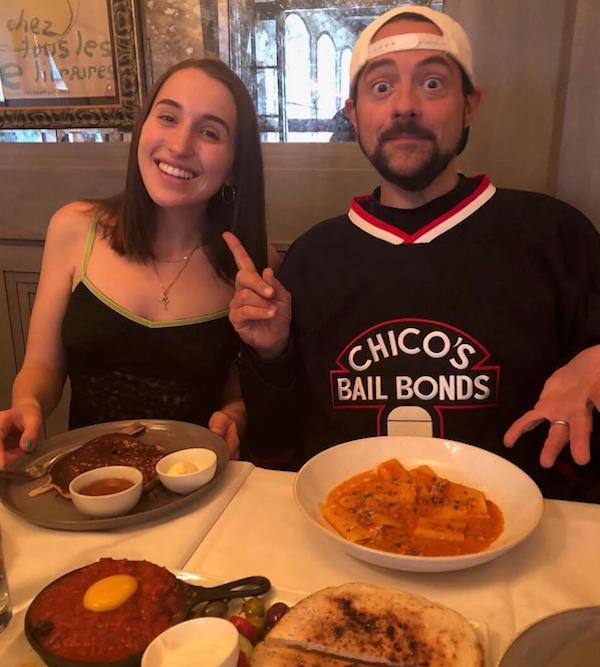 When asked what foods he missed most since going vegan, Smith said he did not lack for options. “I don’t miss any of the meats. It’s not like I see animals and I’m like ‘Oh I’ll bite the [expletive] out of you.’” He also admitted that he used to be a “dairy-lover.”

“This is going to sound gross,” Smith cautioned, “I used to drink two gallons of milk a day — might be why I had a heart attack.” He continued, “You think I’d miss that but I think I’ve had enough milk to last a lifetime. And the cheese variant as well like, no, I’m ok. Now I’m ok to just put plant-based stuff [in my body].”

Other celebrities seem to be just fine with “plant-based stuff” as well. Smith posted a picture with the celebrity music artist Drake, who is a vegetarian. The rapper sparked massive media attention over the possibility of going vegan last spring, though sources were unable to confirm his transition to a completely plant-based diet. Further, Smith’s own daughter, actress Harley Quinn, is also a vegan advocate. The two spent a “Daddy/Daughter Date” at Crossroads, an upscale Los Angeles vegan restaurant, for Father’s Day, and they’ve been known to frequent the vegan fast-casual chain, Veggie Grill.