Entrepreneur and activist, Kat Von D, has been honored with a Latino Spirit Award for achievement in business and entertainment. Von D, who was born in Montemorelos, Mexico, was chosen for the award by the California Latino Legislative Caucus.

Originally established back in 2002, the Latino Spirit Awards aim to “highlight positive role models in [the Californian community].” Kat Von D, according to the members of the Latino Legislative Caucus, received the award for her inspirational work as a musician, a tattoo artist, an activist, and a successful business person. The Caucus believes the successful entrepreneur has “defied expectations.”

“In 2008, Kat Von D defied expectations, taking the world by storm with her extreme-performance makeup collection: Kat Von D Beauty, which is sold exclusively/internationally at Sephora,” the California Latino Legislative Caucus notes. It adds, “Kat’s passion for animals, humanity, and the environment has inspired her activism; she has effectively utilized her business to raise funds for a variety of organizations including Project Chimps Animal Sanctuary, the Farm Sanctuary, and the California Wildlife Center.” 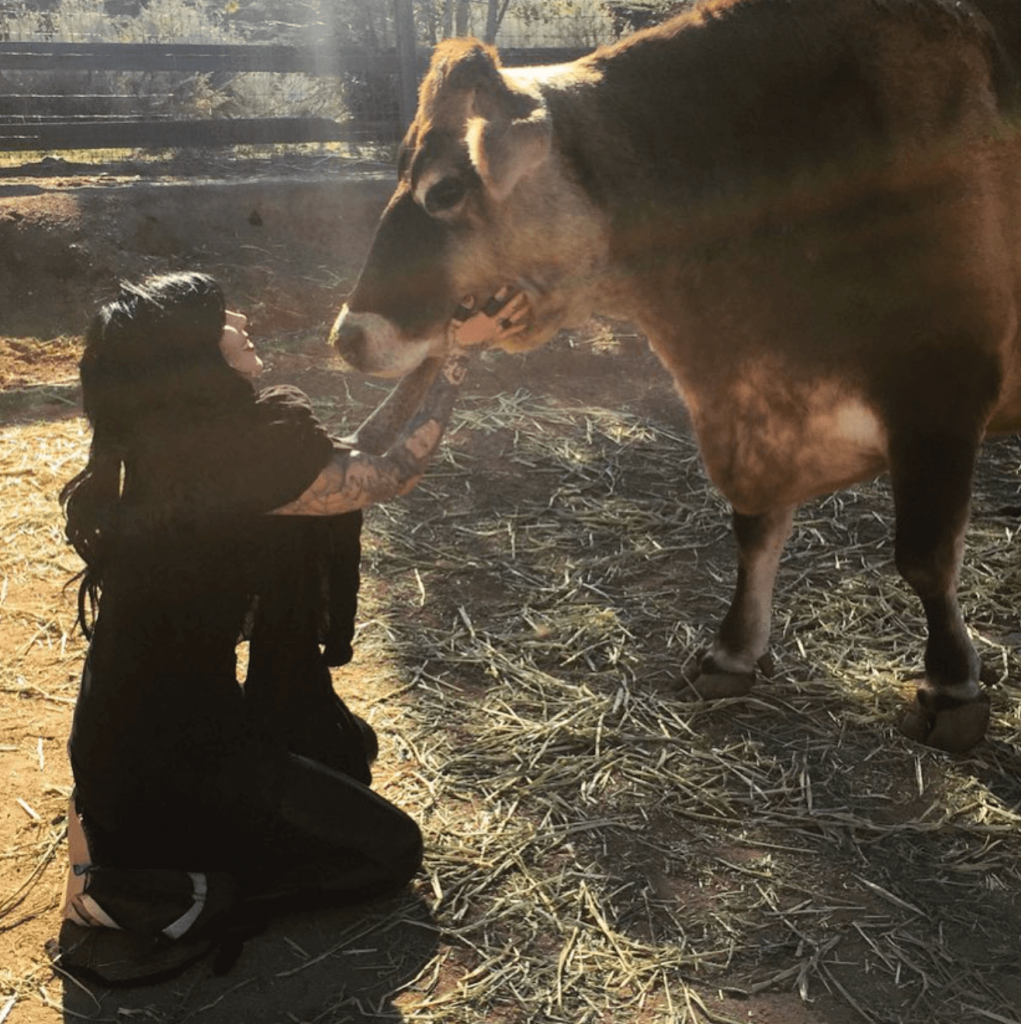 Von D has frequently donated both time and money to animal welfare efforts, and she consistently uses her fame and social media platform to raise awareness of animal rights issues. Just last month, the star urged for the protection of Vaquita, an endangered species of porpoise.

“I can’t believe there are only approximately 12 of these beautiful sea creatures left alive!” the star wrote on her Instagram account. She added, “It crushes my heart and feels completely helpless at this point – and all I can do is strongly urge my friends and followers to please consider leaving fish off your plate. It’s the most effective form of activism one could do.”

The California Latino Legislative Caucus is not the first to recognize and award Von D for her efforts to help the animals. In February, Kat Von D Beauty won the peta2 Libby Award for Best Cruelty-Free Cosmetic Company. Lipsticks, eyeliners, and makeup brushes are just some of the new vegan products Von D has added to her beauty line over the past year.