Berkeley students looking to escape the dining hall will soon have a new vegan option near campus. Veggie Grill is coming to Berkeley this summer, 2018. Perhaps summer school isn’t so bad after all.

Veggie Grill is a completely vegan fast-casual franchise with an expansive, vibrant, and seasonally changing menu. It has won over the stomachs of vegans and non-vegans alike for its classic fast-food offerings, such as the Santa Fe Crispy Chickin’ Sandwich, Buffalo Wings, Mac and Cheese, and Sweetheart Fries. The chain also offers more veggie-centric dishes, such as entree salads, themed macro-bowls, and soups.

According to Eater Chicago, Veggie Grill is America’s largest vegetarian chain. With twenty-nine current locations (and several in the works), the restaurant has made significant progress since its humble beginnings in 2006. The first Veggie Grill opened in Irvine, California – a suburban sprawl in the heart of Orange County. There are now three locations in Irvine, in addition to dozens of others in California, Oregon, Washington, and most recently, Chicago, Illinois. In an interview with CEO Steve Heeley, Business Insider reported that the chain intends to double in size by 2020. 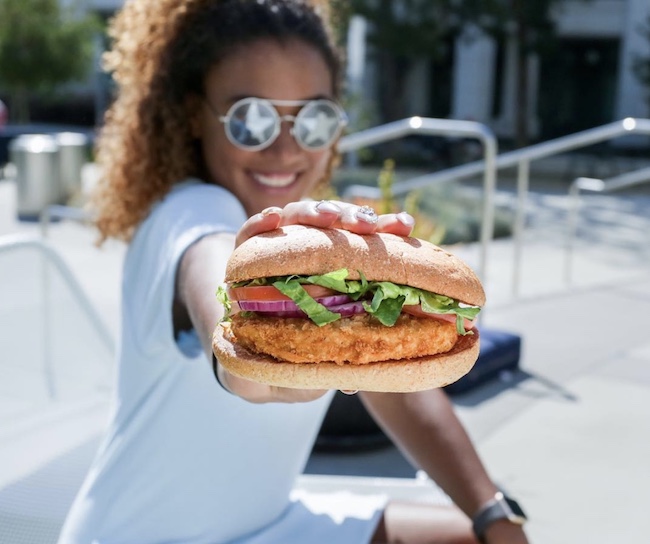 In alignment with its physical expansion, Veggie Grill has also expanded its menu offerings. In 2016, it announced a partnership with the popular plant-based meat alternative company, Beyond Meat. The menu now offers the Beyond Burger at all locations. However, just this week, the new Beyond Sausage appeared at the El Segundo and Hollywood chains. Providing the Beyond Sausage elicits a positive response, there is a possibility that Berkeley students will get a taste this summer.

This new Veggie Grill will provide yet another vegan option for Berkley students and residents. The city has become increasingly vegan-friendly as more vegan restaurants take root. The Butcher’s Son, Cinnaholic, Cha-Ya, and Saturn Cafe are all established, vegan eateries near campus that will keep students satisfied as they wait for Veggie Grill to arrive.