Back in 2014, the first ever vegan fast food restaurant and drive thru opened its doors in San Antonio, Texas. Just four years later, Earth Burger is expanding into the biggest shopping mall in the United States of America, Minnesota’s Mall of America (MOA).

The establishment prides itself on bringing ‘healthier options to your everyday choices’ with a 100% vegan and nutrient-rich menu.

You can grab yourself a Fish-less Sandwich, served in a whole wheat bun with the classic accompaniment tartare sauce. Or perhaps share a Chik-n Tender Basket, which features five crispy delicious fried chik-n tenders, with an agave mustard dip. There’s even a gluten-free option, aptly named Gluten Free Burger which consists of a patty of brown rice, non-GMO soy protein, and roasted veggies. The kids have options too, one of which is a yummy plant-based corn dog served with ketchup. 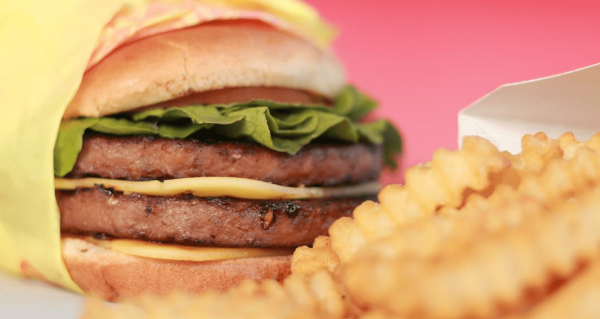 Carrie Charleston, MOA’s vice president of leasing said that it was the diverse options available at the restaurant which bagged Earth Burger a spot in the mall. She stated, ‘with over 50 different dining options at MOA, we are delighted to expand our selection with Earth Burger’s unique vegan and kosher-certified menu.’

But could it be today MOA, tomorrow the world?

With a menu far out of this planet, it’s no surprise Earth Burger are in high demand. But when questioned on their Facebook page about whether the company would be franchising they simply replied ‘maybe, someday in this universe.’