Irish customers are ordering more plant-based food than ever before in 2018, according to international food delivery service Just Eat.

In a press release, the company revealed the top trends that Irish customers are ordering in 2018 so far. Orders for “vegetarian food” have risen by 25 percent. Vegan pizza, vegan korma, and falafel bowls are among the most-requested foods by Irish customers.

According to Just Eat marketing director Edel Kinane, the spike in vegan food orders comes as no surprise to the company: “We predicted a strong demand in healthy options, vegetarian and vegan food for 2018, and our data for the year so far reflects that.”

Health and wellness are also on the radar of Irish customers, with a recorded 52 percent increase in “healthy options.” Gluten-free orders also saw a 73 percent increase. In terms of flavor, the company reports that orders for Lebanese, Nepalese, Asian, and Japanese cuisine all grew significantly over the past year. “It’s great to see Irish consumers continuing to explore diverse and new cuisines from the huge choice available on the Just Eat app, rather than sticking to the same dish every time,” Kinane said. 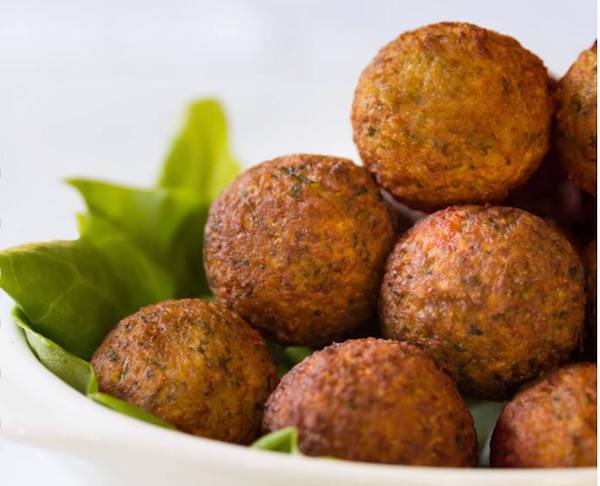 Last year, Just Eat predicted that veganism would be the “biggest food trend of the coming year” among their 20 million customers. The company also reported that one-third of the 78,700 restaurants available for delivery through the app offer plant-based options.

The international food service is not alone in recognizing the growing consumer interest in plant-based food. Last year, food delivery giant GrubHub reported that orders for vegan takeaway increased by 19 percent as of late 2017. “Meat substitutes” saw a 5 percent increase on Mondays while jackfruit rose in popularity by 33 percent on Mondays.

The increasing consumer interest in health and wellness is just one of the reasons why vegan food is on the rise. Millennials, in particular, are leading the way, and have even been blamed for the demise of the iconic Big Mac. Awareness of the impact that industrial animal agriculture has on the planet may be another key driver in the spike in plant-based orders as well as concern for the welfare of animals raised for food.