As more Brits decide to choose vegan food when dining out, UK restaurants are running into the predicament of not having enough chefs who are familiar with plant-based cuisine.

The Guardian reports that Restaurants are responding to the demand in a number of different ways. One way is through recruiting trained vegan chefs from professional cooking schools.

“A lot of the food on offer was uninspired. But vegan food can be more than just a salad or a roasted cauliflower – that’s why we think this is important,” said Chantal Di Donato, nutritional advisor and co-founder of the London-based Vegan Chef Institute.

Last week, she and her business partner, professional chef Day Radley launched the Vegan Chef Institute in order to help meet the need. The plant-based programme aims to teach chefs common skills needed to work in a professional kitchen setting, including scaling and adapting recipes, an introduction to specialty ingredients, and how to order from suppliers.

According to Chico Francesco, owner and trainer of the London Vegetarian and Vegan School, is approaching the need for plant-based chefs in a similar way. His school’s professional cooking programme, which will emphasize upscale vegan catering, is set to launch in January. “We have to, there’s so much demand for it. We often get inquiries from restaurants and hotels asking if we have any students we can recommend to them,” he said. 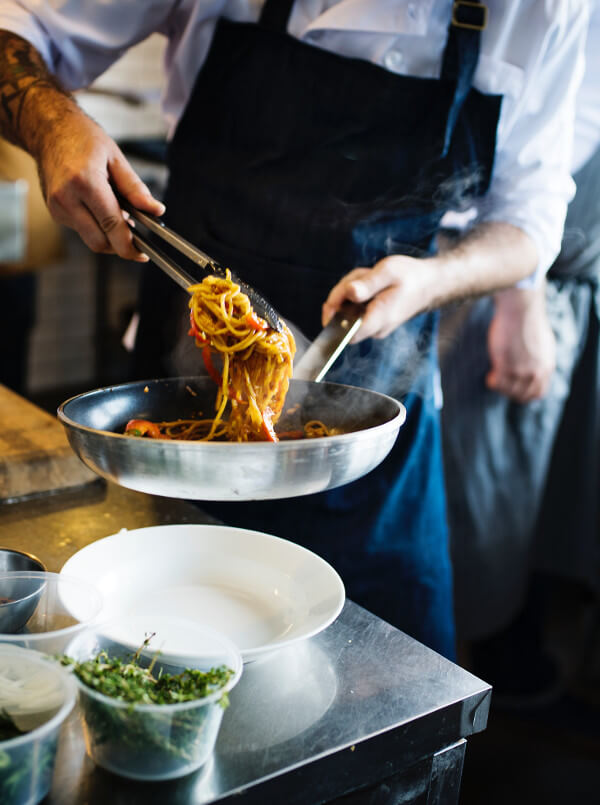 The plant-based movement appears to have grown so quickly in the UK that even vegan establishments are having trouble with finding staff. The award-winning vegan restaurant Acorn, which is located in Bath, has launched a promote-from-within apprenticeship for current staff in a bid to meet its needs for chefs.

“There’s an abundance of people in the industry who aren’t trained, who don’t know how to cook professionally,” explained Matthew Nutter, owner of The Allotment, a vegan restaurant in Manchester. “It’s an ongoing theme of average food being thrown out there. It’s giving vegan food a bad name.”

Overall, professionals are citing a lack of familiarity with professional plant-based cooking as a whole. As Di Donato suggested, it may have to do with how vegan cooking makes use of ingredients in ways that even classically trained chefs have yet to try. It rings particularly true in the fine dining realm.

Alexis Gauthier, owner and head chef of the London-based French establishment Gauthier Soho, said: “Very few of my chefs imagine it’s even possible to be a French chef making purely plant-based food. Even more for the pâtissiers, because French patisserie is full of butter, it’s full of eggs.”

The chef of 25 years decided to cut animal products out of his diet for ethical reasons two years ago – at the same time, he introduced the “Les Plantes” vegan tasting menu, which is popular among diners. Last June, he announced that the restaurant would soon feature an entirely plant-based menu.

Although more Brits than ever before are electing to go meat-free or eat more vegan food, Gauthier stresses the importance of serving quality plant-based food that will bring diners back.

“The most powerful people within the veganism movement… At the end of the day, you can’t convince someone to turn vegan with all the goodwill on Earth by selling them tofu and a green salad. That’s just not possible,” he said.

According to recent data released by food research and training charity IGD, 52 percent of Brits say they already are or are interested in eating more vegan food, driven by concerns over the sustainability of animal products or personal health.