A recent study has shown the plant-based foods market has just topped a rather substantial sales figure of $3.1 billion. This study was funded by the Plant Based Foods Association and The Good Food Institute with the data collected by Neilsen, a market research company. Included in the data is sales information from merchandisers of mass products including dollar, drug, club, grocery, military shops and Whole Foods.

Moreover, the results also show that plant-based food sales have experienced a growth increase of 8.1% since the previous year. Vegan alternatives to dairy products have seen a 20% sales rise, taking the total sales figure of vegan cheeses, yoghurts and ice cream to $700 million (however this data did not include the sale of margarine as it is not a product marketed as a vegan butter – making the finding even more significant).

Cow milk sales subsequently dropped by around 5% and the plant-milk sector sales has risen by 3.1% from the previous year. Especially yoghurts – which experienced 56% growth this past year. These figures are likely due to significant increase in alternative products and their increased mainstream availability. 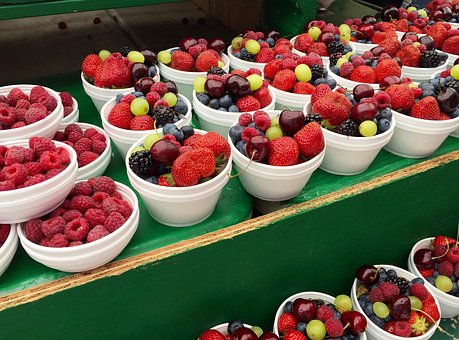 However, plant-milk sales aren’t the only sector increasing – plant-based meat sales have risen by 6% from the previous year. Frozen products were less popular than refrigerated ones, the sales rates being higher on the latter. Out of the total sales of perishable meat sales at retailers, plant-based meats were accountable for 2.1%.

In discussion to the results of this research, director of the Good Foods Institute – Bruce Friedrich said “There is a revolution going on in the plant-based meat space. Right now, the sector is small, but growing, and we are working hard to create a viable market sector. It is especially impressive to see that all the plant-based companies are working cooperatively, because a rising tide will lift all boats.”

Veganism is a lifestyle now ever on the rise and shifting from something that is synonymous with the animal-rights movement or a health fad – into a global food system shift in which animal agriculture is getting the boot for plant-based food instead. Students, millennials, health-conscious and celebrities are among the many who are choosing veganism over a traditional diet. Even America’s meat-eating capital has had a rush of new vegans recently.

With the increased awareness of the benefits to our bodies, animals and the environment that a plant-based diet boasts – data like won’t be the last of it’s kind we see.