Hamilton secured pole position on Saturday, his third of the year. His Formula One record now stands at 75.

“It feels great to be back in France. It’s such a beautiful place. I got a great response from the crowd and I’m delighted to be here for the first time,” Hamilton said to reporters.

“Hamilton was back to his brilliant best in qualifying and proceeded to dominate the race, crossing the line seven seconds ahead of Red Bull’s Max Verstappen with Ferrari’s Kimi Raikkonen completing the podium,” says the Formula 1 website.

Hamilton appeared to have navigated debris on the track from another racer’s punctured tire before crossing the finish line.   “At the restart, Hamilton comfortably retained the lead,” Formula 1 noted.

Hamilton credits much of his agility and strength on the track to his vegan diet. 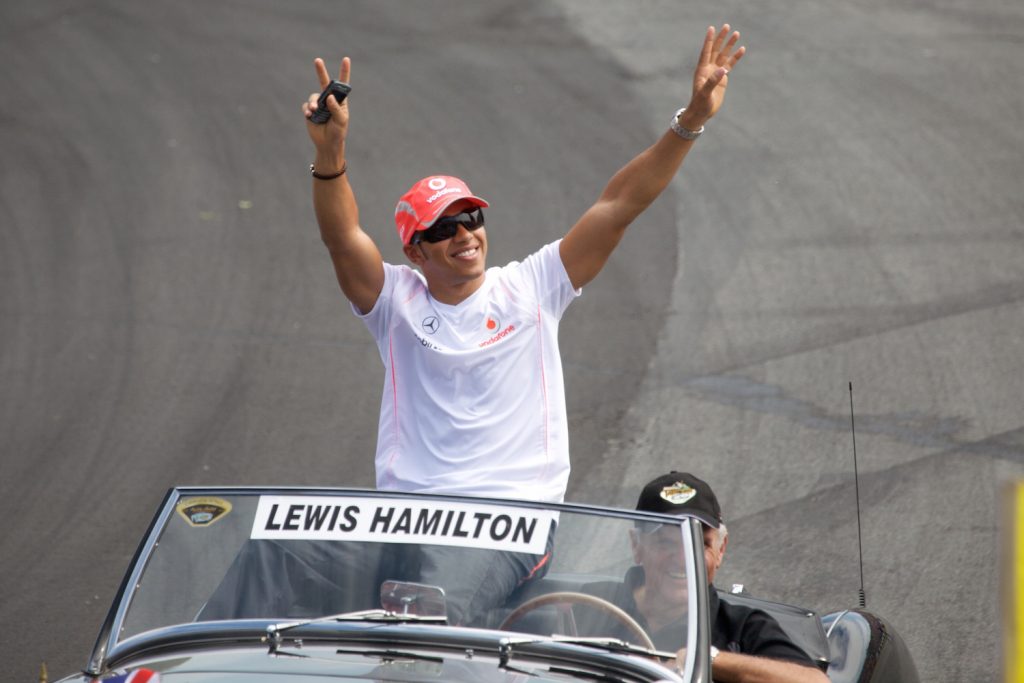 “I used to get to my summer or winter break and the first thing I’d do when I arrived in the morning was have a stack of pancakes,” Hamilton told CNN last November. But he gave up the carb-heavy breakfast to keep his weight down. Going vegan changed that for him.
“It’s exciting when you’ve gone the whole year not having [pancakes], but now I’m having them every weekend and they still taste amazing,” he said of his favorite now-vegan breakfast meal.
“It’s crazy. I’m not putting more weight on because, with this new plant-based diet, I can have more carbs which is contradictory of what you’d normally have thought diet-wise, but I’m not going to complain, I love pancakes so it’s great.”
Hamilton joins a growing number of vegan or predominantly plant-based athletes who credit their success in part to their diet. New England Patriots quarterback Tom Brady won his fifth Super Bowl victory in February at the age of 40.
Fellow race car driver Leilani Münter also adheres to a plant-based diet. She’s been known to use her car and her platform to not only discuss the benefits of the vegan diet but also to speak up on a number of animal rights issues.
Several plant-based soccer players are now competing in the World Cup: Fabian Delph, Lionel Messi, and Sergio Agüero all credit their plant-forward diets for improved performance, better weight control, and reduced recovery time.