Tim Shieff, a vegan athlete from Derby, recently competed in the semi-finals of “Ninja Warrior UK”. The free runner set the fastest time ever recorded in the history of the show, finishing the obstacle course in under a minute.

Shieff “wowed millions of viewers on prime time TV,” the Derby Telegraph reported, with his impressive performance that earned him first place and the opportunity to compete in the Ninja Warrior UK finals.

The 30-year-old partly credited his plant-based diet for his success. Shieff told the Derby Telegraph, “A vegan diet is very important to me and my training and it has got me this far in this series of the programme.”

The television programme tests the limits of fitness fanatics with obstacle courses staged overtop a body of water. With keen balance, strength, and endurance, contestants must scale walls, swing from ropes, and dodge moving obstructions. Shieff completed the course in “an amazing 55 seconds ahead of his nearest rivals who all took more than a minute or, in some cases, failed to complete the course,” the Derby Telegraph reported. 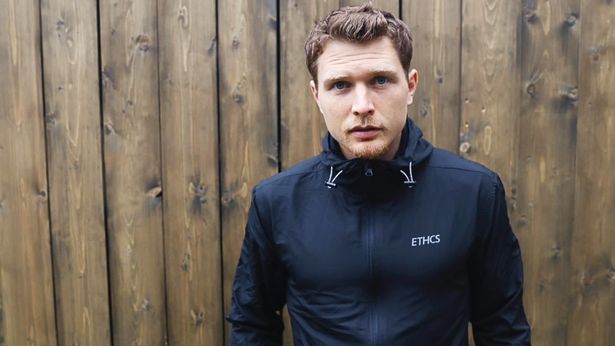 However, Shieff, who won the first series of Ninja Warrior UK in 2015, followed a “relaxing training regime” in preparation for the contest. Shieff explained: “People think that preparing for a competition such as Ninja Warrior UK is all about getting down the gym but it is just as important to train to relax.”

“For this I spent a lot of time hanging from bars using my hands and building up my strength and mental capacity in this way.”

“That way, when it comes to the competition itself and you’re in front of the cameras, lights and the crowd you can take it on in a more relaxed fashion and focus on the challenge you are facing.”

“Some people get out there and they’re pumped full of adrenaline and that’s fine but for me I need to be relaxed before I go out there and it worked really well on this occasion.”

Shieff said, “I’m feeling fitter than ever so let’s see if I can go all the way and win it again.”

“I’m feeling confident that I can.”