A vegan German beer garden five years in the making is set to open in the Los Angeles neighborhood of Highland Park. Called Hinterhof German Kitchen and Beer Garden, everything from the drinks to the food will channel the feel of an authentic German beer hall.

Reported by TimeOut Los Angeles, the new vegan beer garden will feature 12 varieties of imported, vegan German beer on tap as well as a few bottled varieties. Vegan wine imported from Germany will also be available (traditionally, isinglass, the air bladder of fish, is used as a fining agent in beer and wine, making these beverages not vegan-friendly).

“It’s all [inspired by] what I grew up with in Germany,” said owner Matthias Brandt.“Of course, there’s heavy food, but I come from a family where we didn’t eat a lot of meat. I know the Germans are known for their meat habits, but a lot of foods are accidentally vegan, like breads and potato salads.” 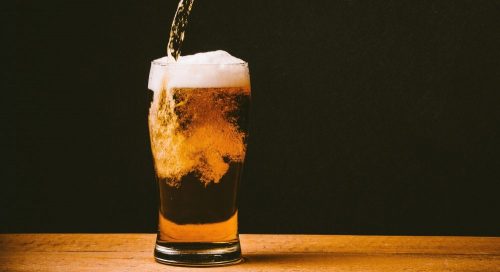 Brandt drew inspiration from classic German foods, creating vegan schnitzel, sausage, and pretzels with dairy-free beer cheese as well as plant-based ice cream for dessert. All will be served at the Los Angeles vegan bar. Brandt noted that he also hopes to sell house-made vegan roasts, baked goods, and other traditional German fare at the local bar Block Party, which hosts a rotating cast of vegan vendors.

“It’s a place where people socialize, where people have discussions or meet and have BBQs outside,” said Brandt, who explained that “Hinterhof” is a German word for urban communal spaces found in cities like Berlin.

“It’s not a destination just for drinking—it’s going to be a cultural experience and just a lot of fun,” said Brandt. “Really nice, but very down to earth.”