B-Tempted, an award-winning bakery in the UK, has launched a new range of vegan and gluten-free cupcakes and muffins, now available at select Whole Foods.

“I refused to believe it wasn’t possible to combine delicious flavours and textures with gluten-free ingredients,” the bakery’s founder Sarah Hilleary told the publication. “The huge surge in numbers of people identifying as vegan over the past few years makes veganism one of Britain’s fastest growing lifestyle movements, so it was a natural progression for us to extend our product development.” 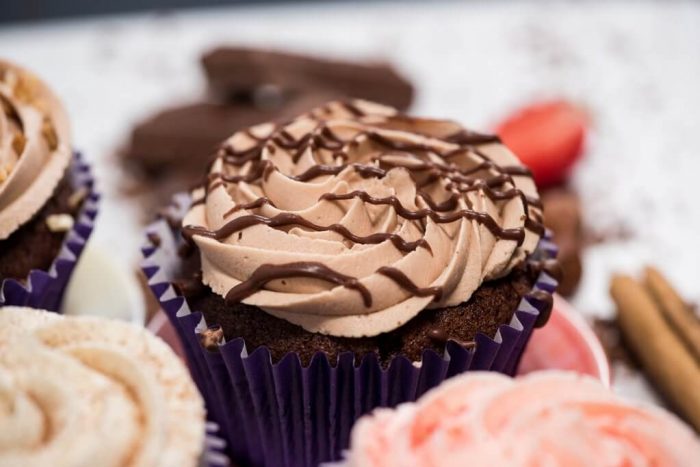 “These new cupcakes and muffins are beautiful inside and out, and we’ve been thrilled with the feedback we’ve had from people so far,” Hilleary continued.

Vegan Food Increasing Across the UK

B-Tempted joins the mounting number of eateries, supermarkets, and festivals providing vegan food across the UK.

Nationwide supermarket chain Iceland recently announced its plans to launch a dedicated vegan frozen food section after its plant-based patty the “No Bull Burger” saw “phenomenal” sales and social media attention, even outselling wagyu beef. The announcement coincided with the results of a survey which concluded that 70 percent of flexitarians, vegetarians, and people looking to reduce their meat consumption would switch to a supermarket with clearly labeled vegan options.

Further, major restaurant chains are also adapting menus to include more sustainable and compassionate options. Just days ago, burger chain Byron launched the high street’s first vegan “freakshake,” as well as a range of nondairy plant-based milkshakes in flavours such as chocolate brownie and strawberry. The newly updated shake menu follows the highly successful addition of its plant-based burger, The Beetnik. No matter what one craves, it’s easier than ever to find a vegan option.