Whilst conventional haggis dishes contain a mince of animal hearts, livers, and lungs, the traditional spices and oat ingredients are typically a sweet blend, making them suitable for desserts when applied without the meat, says news outlet Foodiful. Coco Chocolatier takes the sweet flavors of haggis and mixes them into a bar of single-origin Columbian 60 percent cacao dark chocolate. Cloves, allspice, and nutmeg are the key flavors, complemented by a bold dash of black pepper and vanilla. 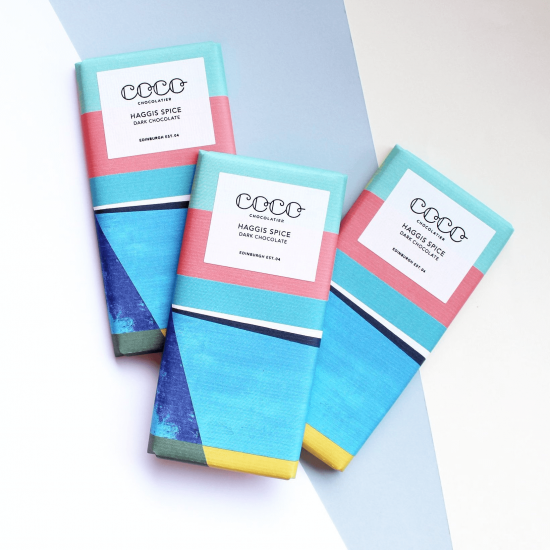 The chocolate has seen an influx of mixed responses from social media users. Some haggis enthusiasts partial to vegan chocolate praised the company for putting a plant-based twist on a traditionally meat-heavy dish, while others unapologetically expressed their displeasure with the unorthodox recipe.

The creative dark chocolate bar is stocked both online and at Coco Chocolatier’s Stockbridge and Bruntsfield stores.

Vegan Chocolate In the Global Market

Coco Chocolatier isn’t the only business launching new vegan chocolate products. Last month, the world’s leading chocolate supplier, Barry Callebaut, revealed plans to focus on its dairy-free line Pathway to cater to the massive consumer demand for vegan food. Further, in Australia, a vegan chocolate making masterclass recently debuted, meeting the demand for plant-based cooking and desserts “down under.” Much to the delight of social media users, this masterclass includes a run-down of how to create a homemade, plant-based version of the cult classic chocolate spread, Nutella.

In Dubai, the vegan community is driving an increase in plant-based options. In June, Dana Askhar, the founder of local business Caho Chocolate, spoke out about her company’s mission to improve the health of the community and offer kinder chocolate for UAE residents. Caho Chocolate makes ethically-sourced, sugar-free, preservative-free, and vegan chocolates that aim to combat diseases.