Harlem Globetrotters’ basketballer Kris “Hi-Lite” Bruton is the team’s oldest, and longest-running, active player. His success, Bruton believes, all comes down to his plant-based diet.

In just the last three months, the 47-year-old has played in over 100 games in over 17 countries. He plays an average of 150 basketball games annually and is currently on his 17th season with the Harlem Globetrotters. It is his vegan diet that keeps him going through this intense schedule, Bruton recently told Men’s Health.

“I was never lacking for energy. I was never not strong enough to perform anything that I had to do, and I didn’t have any injuries,” Bruton said. “I feel great [after going plant-based], I think I look good physically, and I just hope people give [veganism] a chance to see what it could do for them.” 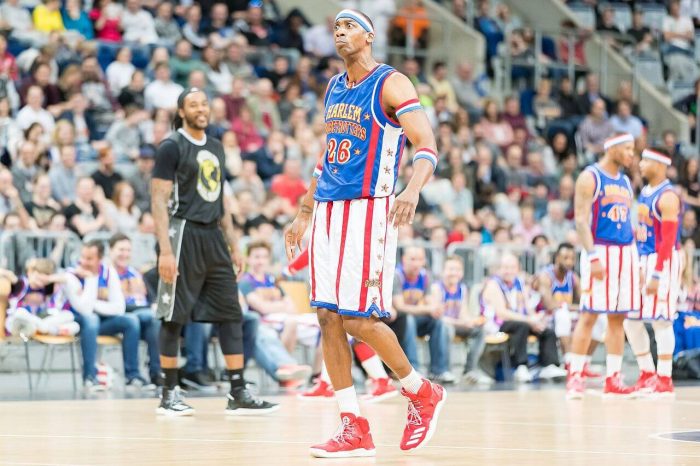 Bruton first adopted a plant-based diet for health reasons. Last August, the basketballer’s mother died from cancer and soon after, his brother was diagnosed with leukemia. Bruton then embarked on a research journey, trying to find out how he could minimize his own chances of suffering from the disease. One of the recurring themes in studies of both cancer prevention and treatment, he found, was the vegan diet.

Plant-based living suits the athlete just fine, he claims, noting that getting enough protein is not an issue for him. “If you eat a plant-based diet and keep it balanced, you’re going to get all the protein you need,” he said.

He also accredited his diet to his elite fitness and agility. “People are watching me dunk on guys. I’m moving, I’m quick, I’m not tired … [it’s] almost like I turned back the clock,” he stated. “People are like, ‘Is he 20 or is he 40?’”

Bruton is one of many professional athletes turning to veganism to optimize their health. Fellow basketballer JaVale McGee, an NBA star who plays for the Golden State Warriors, recently adopted a plant-based diet in his last offseason. He accredited his newfound lifestyle to his improved athletic performance. McGee spoke out shortly after Michael Porter Jr., who said he has embraced a raw vegan diet to better his health and to heal an old back injury.