A recent announcement has revealed that vegan health documentary Eating You Alive will soon be shown in cinemas around America. After receiving “thousands of requests”, the feature-length documentary will be shown at over 500 cinemas on the 5th of April.

According to the brand’s website, the film was created to reveal “the truth behind why Americans are so sick and what we can do about it”. Eating You Alive features “leading medical experts and researchers” presenting a scientific examination of the causes of America’s disease epidemic. The film assesses: “how we can use whole-food, plant-based nutrition to take control of our health – one bite at a time”.

In America, 7 out of 10 deaths occur due to chronic disease, the film’s trailer states. Notably, the nation spends $1.5 trillion treating these illnesses alone. Eating You Alive explores the link between our diet and disease, an idea that has seen an increasing amount of evidence as of late. A recent study has shown that 90% of adults risk chronic diseases by not consuming enough fruit and vegetables. 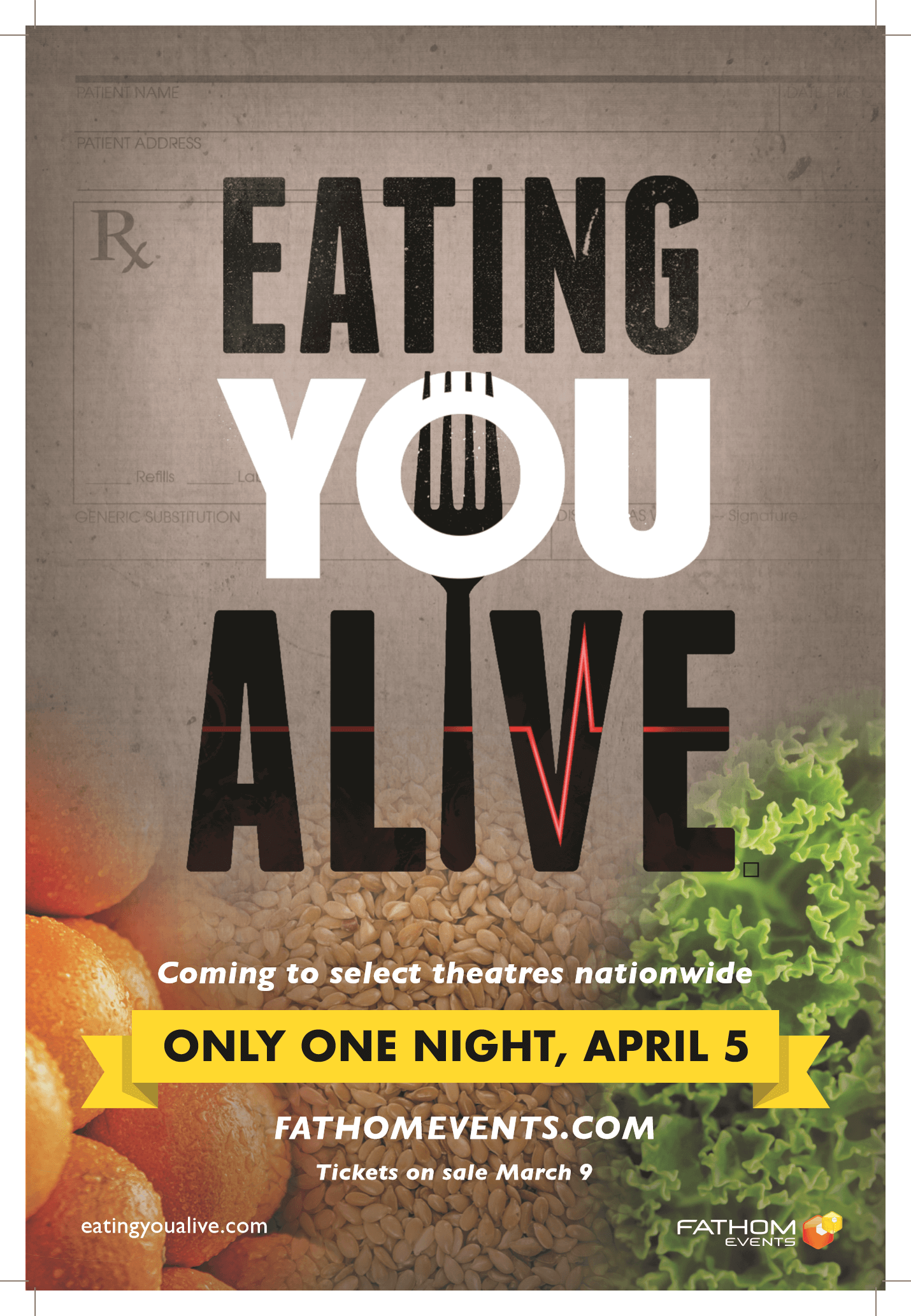 The trailer also points out that almost 1,600 people in America die from cancer every day. An ever-growing bank of research has linked meat consumption to increased cancer risk. Last month, a study revealed that red meat intake is linked to a 70% increased risk of rectal cancer.

Dairy has been accused of causing similar problems with health. Research from this month has uncovered links between rheumatoid arthritis and dairy products, while another study suggested a connection between dairy and Parkinson’s disease.

Fortunately, the experts featured in Eating You Alive named these diseases “preventable, treatable, reversible”. In fact, studies have suggested that a vegan diet may be the solution to winning the “war on cancer”.

Increasingly, businesses and the public are becoming more aware of the benefits of plant-based eating. Recently, a health insurance company announced it was offering discounted insurance rates for vegans, while the NHS recently recognised the health benefits of a vegan diet.

The announcement of Eating You Alive reaching big screens comes shortly after vegan documentary Game Changers premiered and received critical acclaim. Additionally, vegan documentaries Dominion, The End of Meat and What the Health have all been in the spotlight in recent times.

Tickets for Eating You Alive will be available from the 8th of March. See here for more information.