There’s a new vegan delivery service that’s putting a modern edge on an old-school tradition. Mylkman is a plant-based milk company that marries the trendy practice of food delivery with the classic milkman concept, and Heather Mills just invested in this London-based startup. The vegan athlete, entrepreneur, and television personality is now a joint owner of Mylkman and is set on helping it grow.

Founder Jamie Chapman launched Mylkman last year after realizing that plant-based foods were on the rise. Chapman told the Huffington Post, “I saw that the vegan movement was growing and growing. More people are ditching dairy, for both environmental and animal cruelty reasons.” Chapman knew he had a solid customer base, but instead of selling at a local market, as so many small businesses do, he took, quite literally, a traditional approach, bringing back the milkman concept.

Customers who order Champan’s milks get the products delivered to their doorstep early in the morning, and the empty glass bottles can be left outside for pickup (they will later be sterilized and reused). The company claims that sustainability is one of its core values. Chapman mentioned, “As well as being plastic-free and using glass bottles, we give 10 percent of our profits to Greenpeace.” 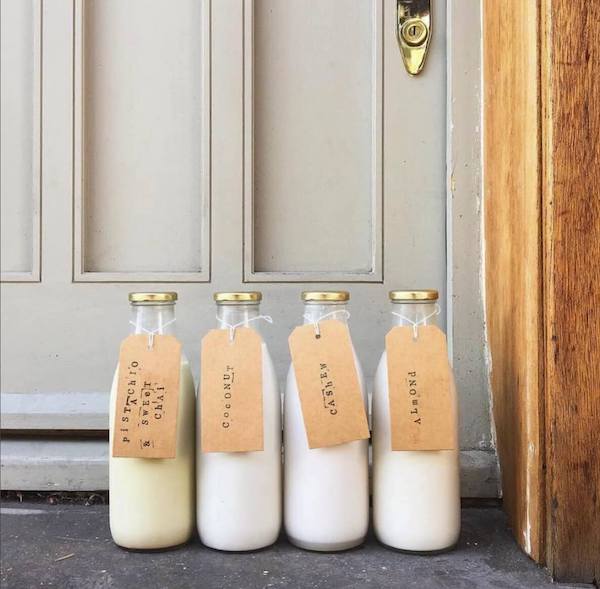 The plant-based milks come in a wide variety of bases, including almond, cashew, pistachio, coconut and oat, and the flavors range from plain to sweet chai and classic chocolate, among others. Huffington Post also stated that Mylkman will launch nut butters and ready-to-drink coffee beverages later this year. This expansion will be aided by Mills’ financial and business support, as she has already proven to have a keen eye for entrepreneurship with her vegan meat company, VBites.

In addition to supporting thriving plant-based businesses, Mills also lends her voice as an animal activist. She has participated in several anti-fur campaigns and advocated for an end to the Canadian seal hunts. She has also received several prominent awards for her work, including Humanitarian of the Year, Animal Activist of the Year, and Most Successful Vegan Businesswoman.

Currently, Mylkman services are only available in London, but under the tenacious and business-savvy mind of Mills, there may be hope for future expansion.